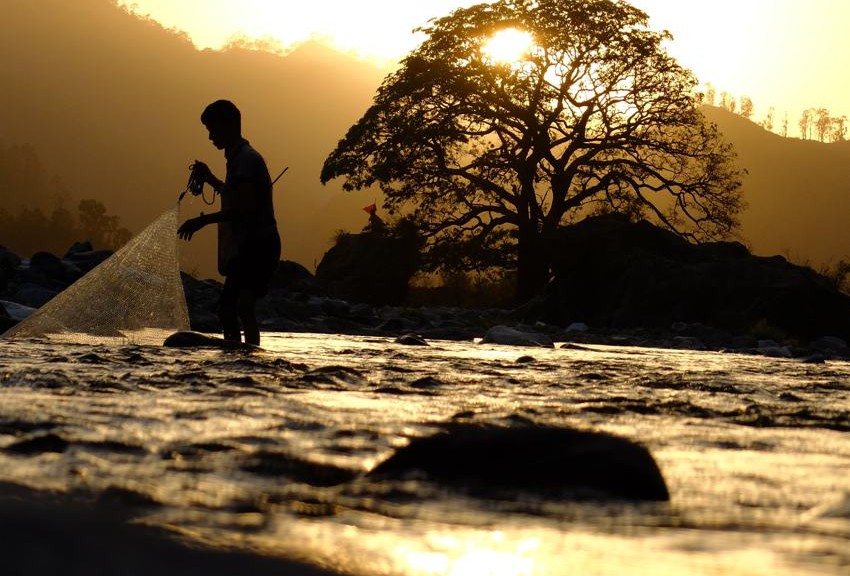 30 years after Haidakhan babaji had left the body I arrived in Haidakhan. Finally! Haidakhan had been on my radar for a long time and I always knew something was up there for me. 8 years ago I crossed the junction at Haldwani leading to Haidakhan while on an epic adventure trip through India on the classic Royal Enfield motorbike.

I often heard that one makes it only to Haidakhan when one is ready for the experience. Every now and then people immediately leave again upon arrival as the energy can be too much to handle all at once.

I had a strong sense of the appropriate timing now so I took the journey up there. I was literally jampacked with the locals in a shared jeep, me being one of the  sardines in a can making its way up on the long winding road through the hills. I really had to hurt myself in order to catch a glimpse of the amazing scenery unfolding. When we arrived in the valley, I jumped out of the can and  the sheer beauty  was  flooding me. I would stretch my fins out into paradise… 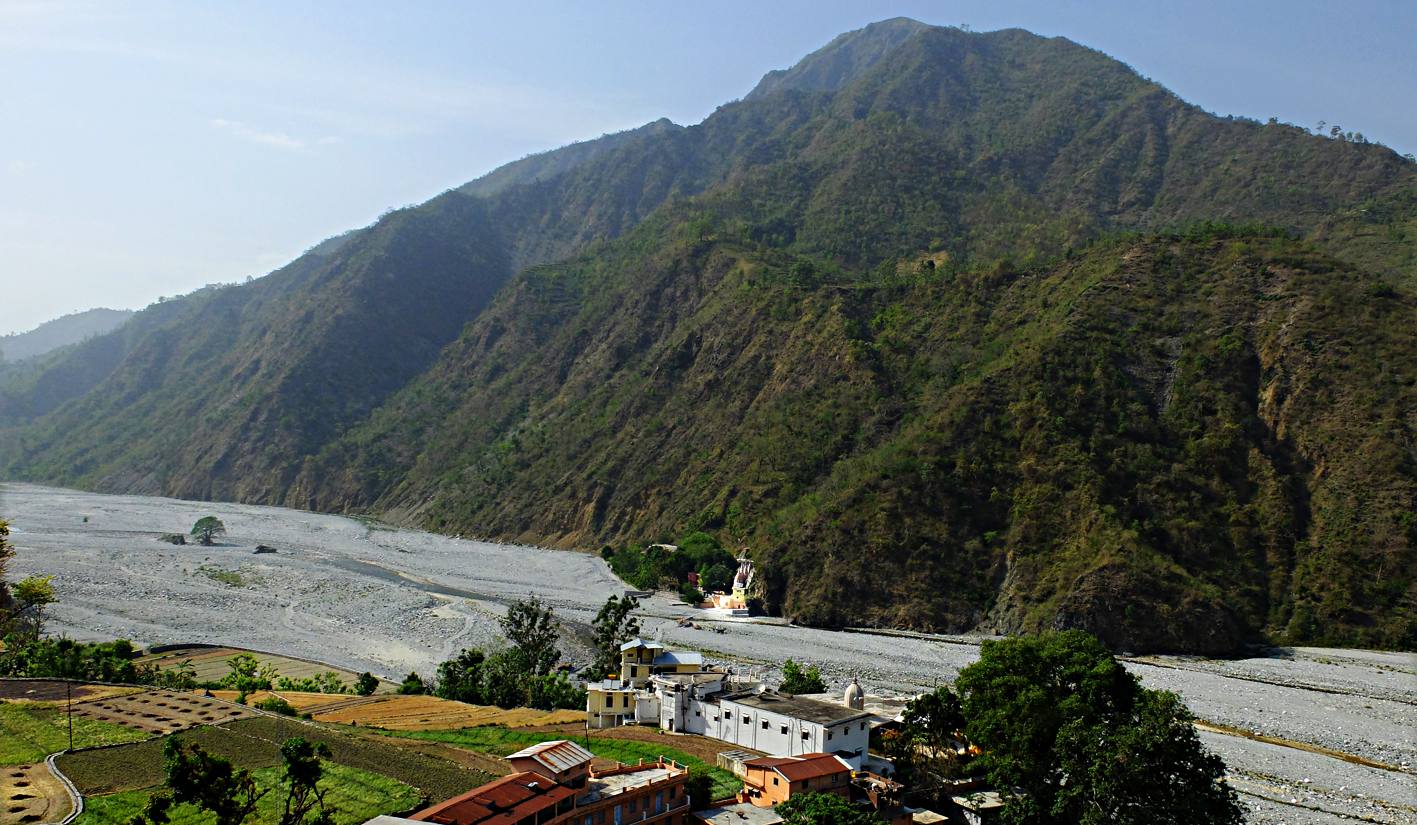 After checking in I immediately took to the riverbed for my first bath. After all I AM a fish and I thrive in water. The singing stream  here surfaces a little further up so it’s crystal clear water here which might be a very unique thing in this very polluted country. A reason for celebration on its own! 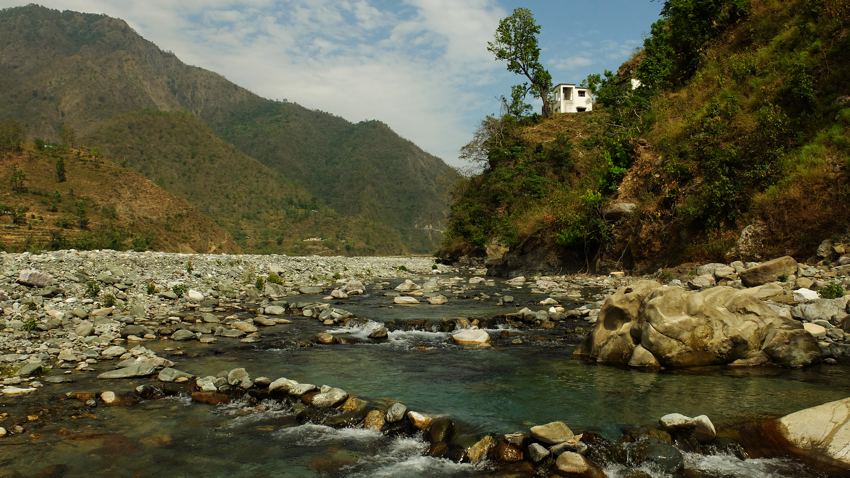 The day upon arrival is a day free from ‘duty’  so I spent it in the  gorgeous surroundings. I would find my favorite places for the next few weeks. Like the Hanuman statue in the middle of the riverbed next to an amzing Bodhi tree. 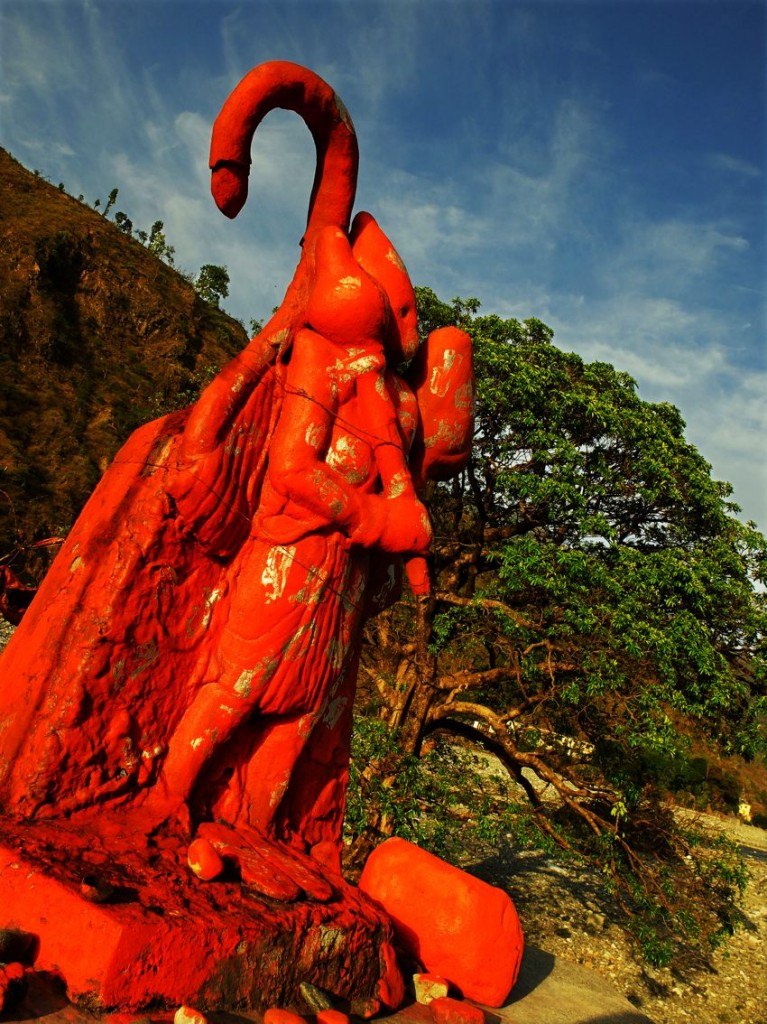 In a funny way I had been looking forward to the daily schedule that starts at 4AM (!!) as yours truly wanted to regain a healthy portion of dicipline in his life.

I have to add immediately that we were kinda expected to take our morning bath in the river before 4.30, but after 8 felt a little better to me 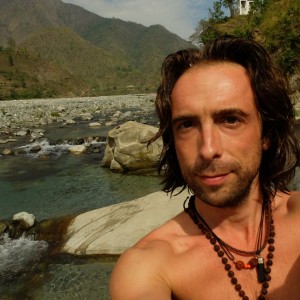 when the sun was out to carress my body. Yes I was aware of the fact that Haidakhan babaji (who never or hardly slept) used to send people to have a bath at 2AM! Quite an awakener! 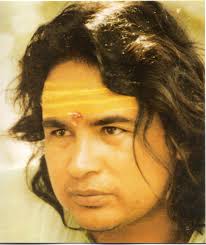 At 5AM it was time  for ‘chandan’ when colored sandalwood paste is being applied to the forehead in stripes and a dot (bindu), which leaves a cooling, grounding effect to the head. I missed chandan the first few times as  the clock of the man giving it  was half an hour ahead! But when I did catch up with him in Babaji’s ‘kutir’, ‘His’ room, the reward in the early morning was pretty awesome as the presence, energy, in there was very (very) strong, impossible to describe appropriately so let me put it very plain and dry here: it blew my mind away. 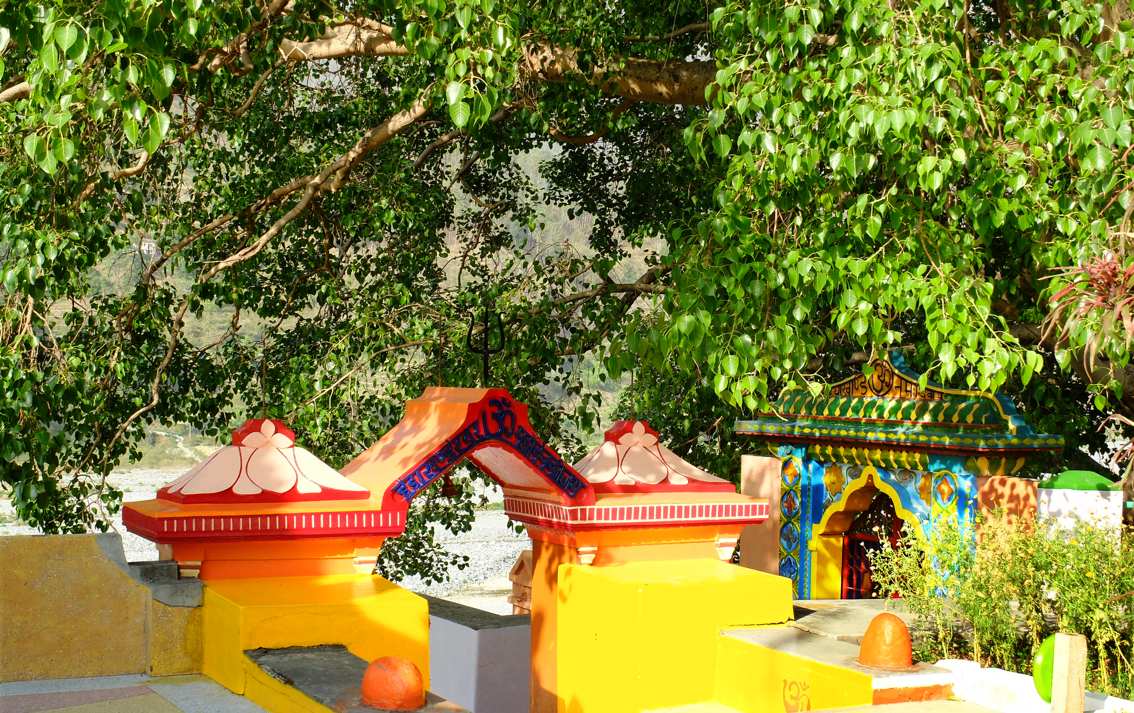 We were standing in line and had to move quickly in and out unfortunately but I managed to linger a little second longer (which is a long time seen from the timeless!) before I moved out and went into the temple to sit for meditation which was pretty easy with no mind interfering…

At 6.30 aarti would start, the singing of devotional songs, everyday the same beautiful riddle. It was like stepping into a stream and by singing and singing one gets carried away by the flow itself and gets into surrendering mode word by word, closer and closer to the source of it all. Aum….. 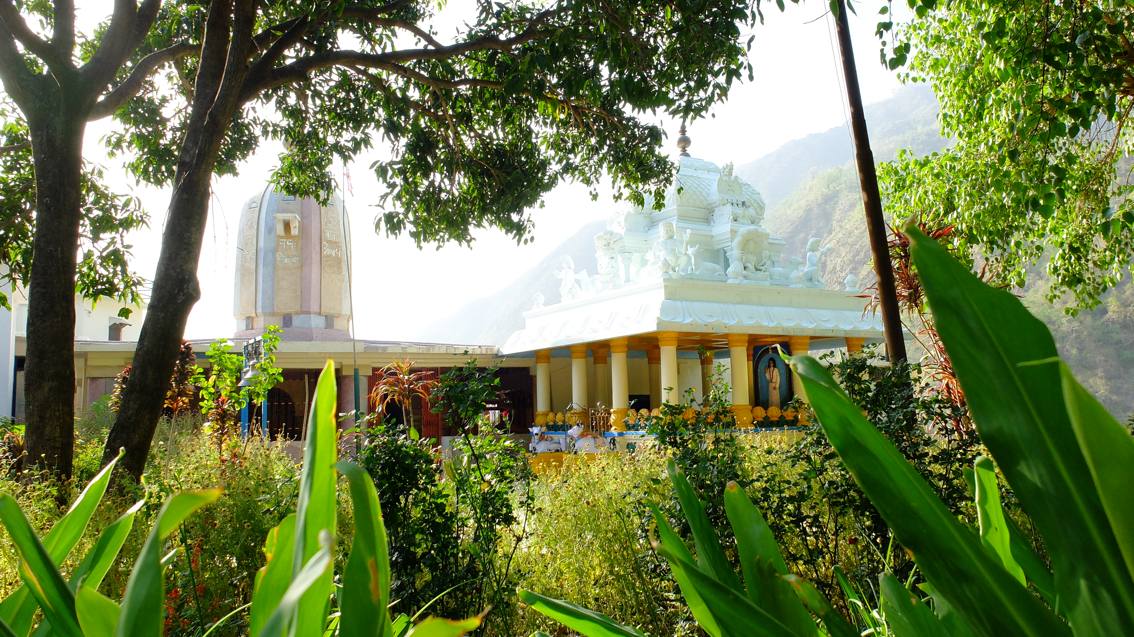 You see, this is a bhakti path, a path of surrender to the divine by means of devotional actions. This path is relatively new to me (in this lifetime at least). What is very apparent here is the making of ‘pranams’ which means the bowing down in front of a statue or image. Where I totally loved to go with the rhythm of the songs and surrender more and more into that, the ‘bowing-thing’ went too far for me. 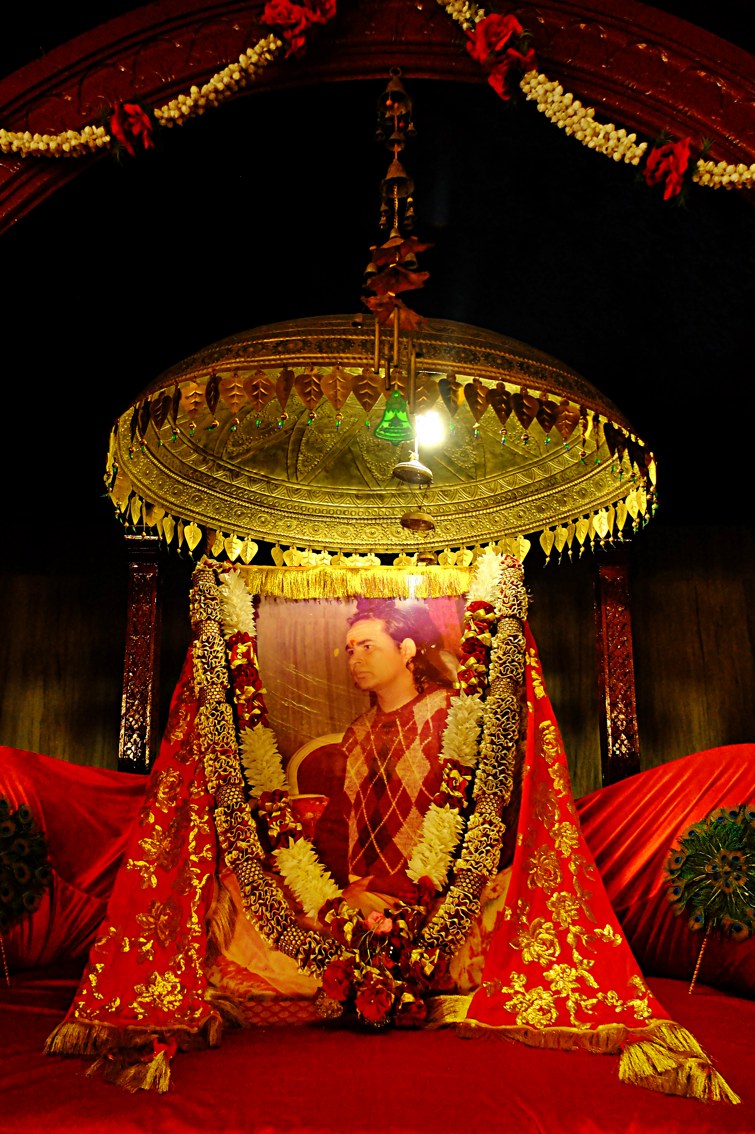 So where people were even throwing themselves on the floor, stretching out in front of Babaji, I remained with what felt real to me.

I noticed the fascinating hazy zone defined by learning to move more into surrendering mode but also staying true to my own experience and not being bothered too much by what the others are doing.

There were moments where I actually did bow down when I felt connected to my own guru self deep down there. That honouring felt like a gentle breeze inside of me washing away resistance. 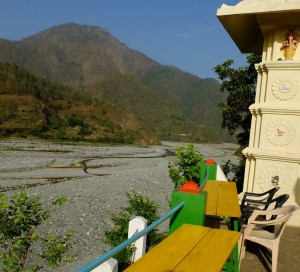 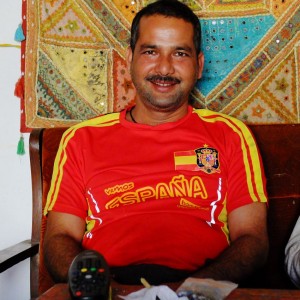 If you would ask me: “what was Babaji’s main teaching apart from the very general notion of ‘truth, simplicity and love'” then I would have to answer you: Karma yoga!

Karma Yoga means selfless service, work offered to the divine. By working from that intention, one cleanses the layers of selfishness that most of us have around us. (I would say). I had known of karma yoga pretty much since I was on a spiritual path but never felt the inclination towards it for seemingly obvious reasons as I can do work anywhere and at anytime if I wanted to, right!?

But now I knew there was something here to discover for me, I felt passionate to understand its jewel as most often the most profound things are found right in front of the eager nose…

I’m sure you can imagine my excitement when I took to sweeping ; with the Indian version of a broom in my hand now I took to my duties as a ‘karma yogin’. With sufficient ‘truth, simplicity and love’ towards myself I would say even though I had a ‘little thing’ going on with ‘the others’ which very soon would challenge me a lot… 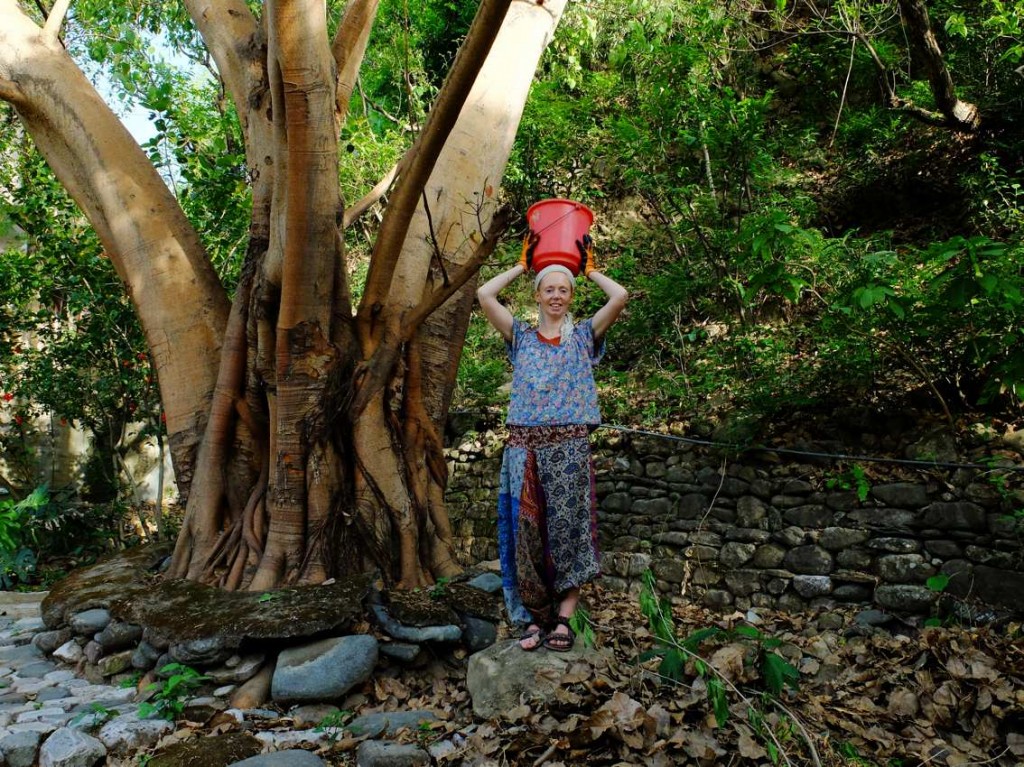 It was said in the morning gatherings that karma yoga is being done in community and everyone is working same hours and we all stick to the schedule. Great. Really. 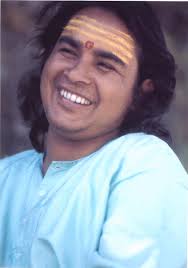 When everybody is feeling inspired from within then we all have a blast together doing our karma yoga. After all, being in community with a genuine community feeling has become a real desire of me. I got fortunate glimpses of that in the past and I have an intuitive outline of what it is that suits me. Even though yes indeed, I might hold a utopian ideal with me altogether…. time will tell… 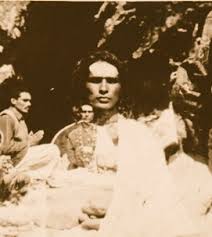 While I was sweeping my way inside myself being bended over the broom, hurting my back, which would soon be aching for some good oldscool Hatha Yoga, it suddenly dawned on me I was pretty much the only one working full-on, but as it might very well be my own projections surfacing from within the inner turmoil, I let it be while I was checking in with my guidance… 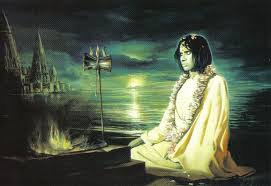 I was also responsible for the trash in the ashram.  Organic is being separated from inorganic but still I had to swallow my resistance and burn the plastic (a curious indian custom). The fumes of the plastic and cloth and what is it not all went straight up around Babaji’s Kutir (the special place I described before and might be holy indeed in the core sense of the word), o irony! 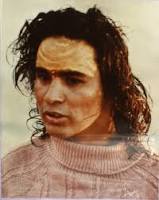 Yes I made it a point in the community but very soon had to let it go and surrender to the nasty Indian way. And as Babaji is able to manifest a body at will I’m sure he can deal with some nasty fumes as well…

There’s a curious mix of visitors here.  I have visited ashrams of Babaji in Holland and Italy and they were really nice places. Here in Haidakhan, apart from the Germans, it is the Italians who are strongly represented and I loved their craziness and the jolly passionate surrender when singing.

I saw that karma yoga works, and how, and why… a sweet revelation. Even though my mind was often in a lot of agitation and hesitation between confronting the others (who insisted on the schedule) with their lack of alignment with the schedule and at the other hand stepping it up a notch towards just minding my own business. 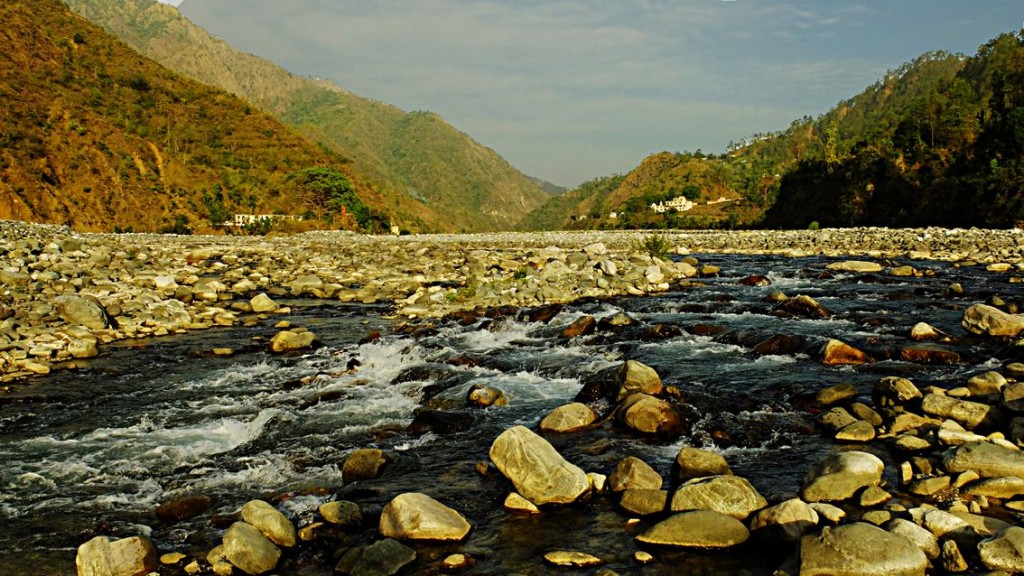 In the end I found a middle way in partly expressing my frustration and leaving all the rest to ‘their own karma’.  At least I have swept my own!

A lot of that frustration simply vanished by me simply sweeping the ashram (often in the burning heat which made me take to electrolytes) and also by my three baths a day in this amazing Ganga water.

So often there is talk of the holy rivers in India and the amazing benefits you get if you take a bath in a certain place. I never got that, but here I definitely got something in that understanding for myself, in a similar way I experienced it in the healing waters of Stuart Springs near mount Shasta in California, another place very dear to me. 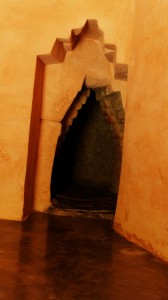 Tibet. Whatever is true about it, the cave at its foot, where Babaji meditated for a long time -and it is said Shiva himself a loooooong time ago- is really special. I was always eager to get in there after my ‘karmic duties’ and river baths but 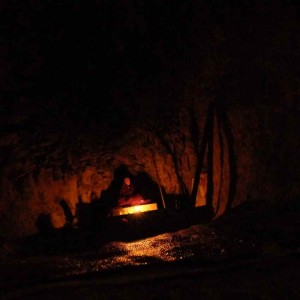 after half an hour I would be burnt -not by the sun this time- but by the sheer power present there. I was hardly able to get out on my feet (even though I had to walk on all four to get in and out) to find my way  into the cooling river again. 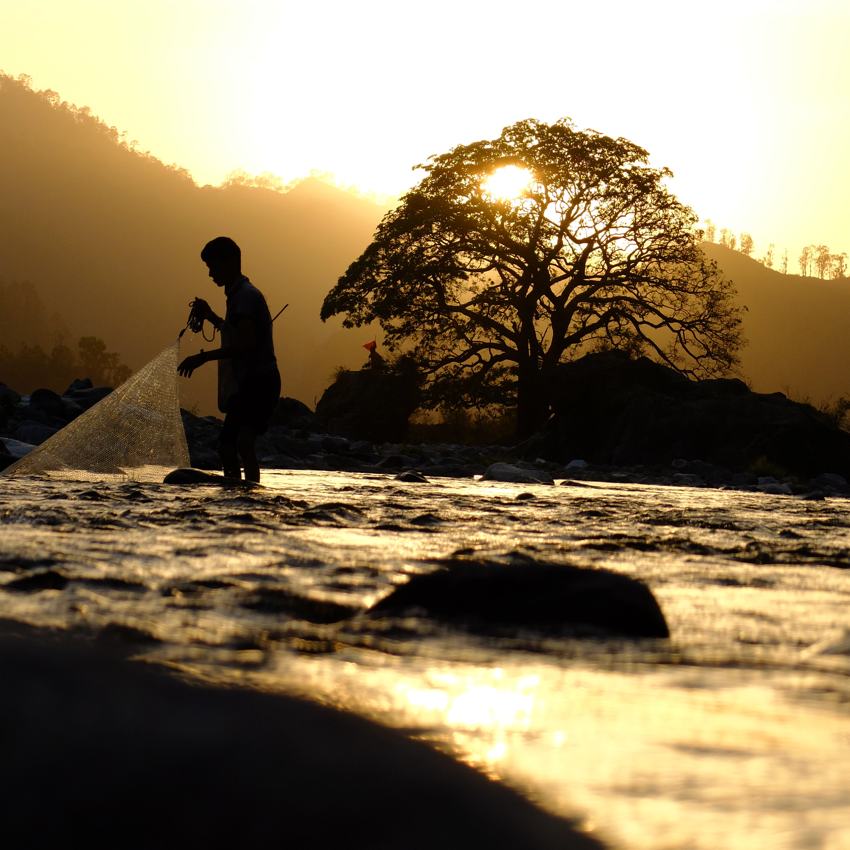 The flow of my daily rhythm then would take me to Prakash at the ‘cave-side’ of the river. Prakash was Babaji’s pujari (someone who performs rituals and ceremony) for many years and now is pretty much retired and is fortunate to spend his remaining years in this divine center. He felt like a very old friend to me. His demeanor is so calm that it felt I not only took a bath in the river but soon after that also in Prakash’s presence. When he saw me from far he would wave and affectionately exclaim: ‘Shambu!’ 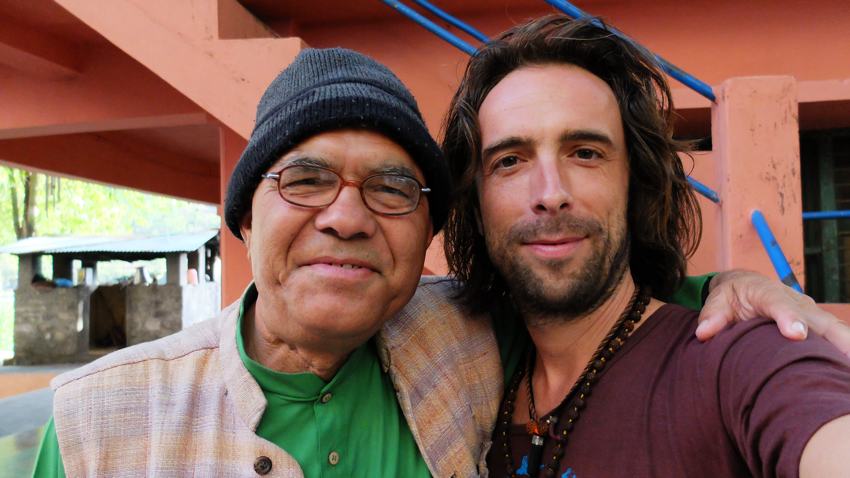 We enjoyed each other’s presence mainly in silence, listening to the river and the wind in the trees. I would ask him questions on his life with Babaji which he answered but silence took over very soon again as if he were saying: ultimately, there really are no questions, there is only surrendering to and being THAT 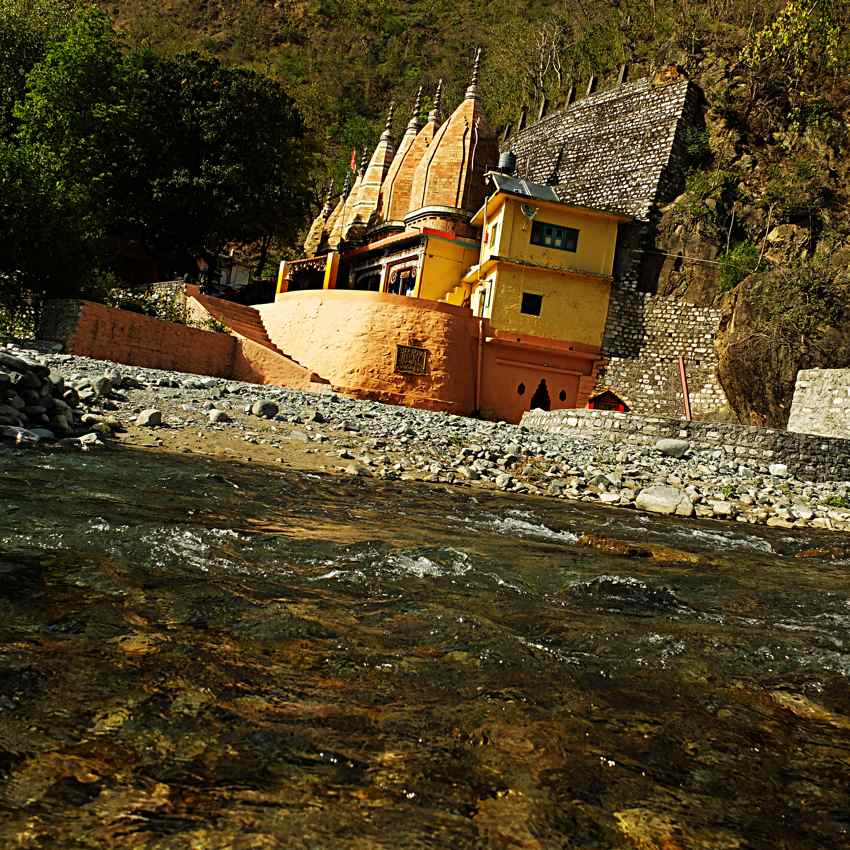 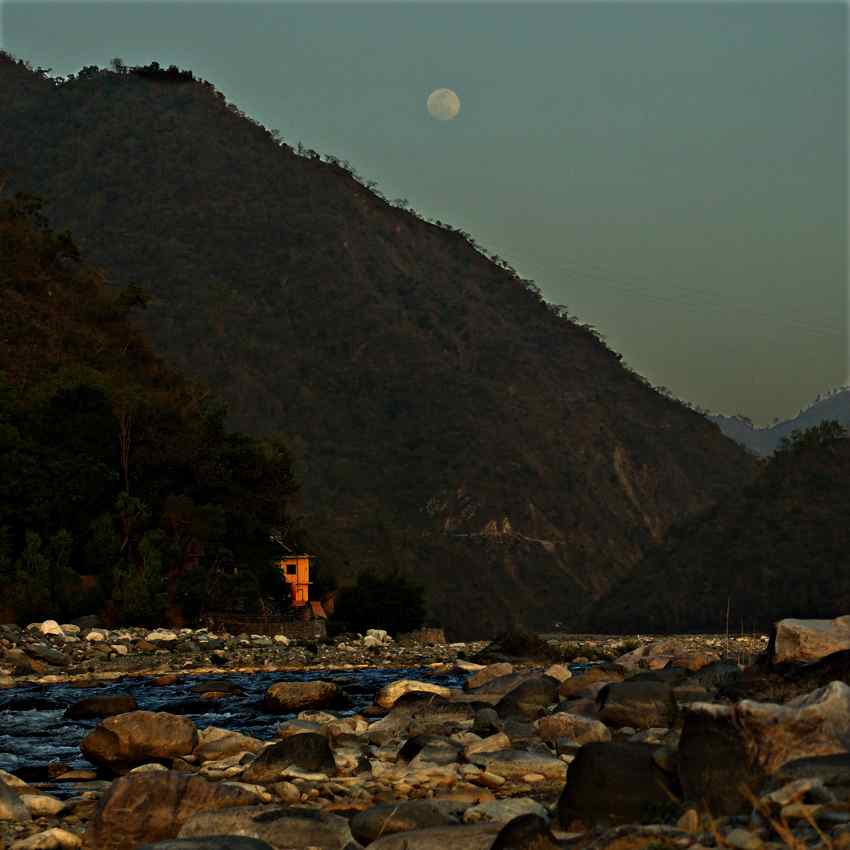