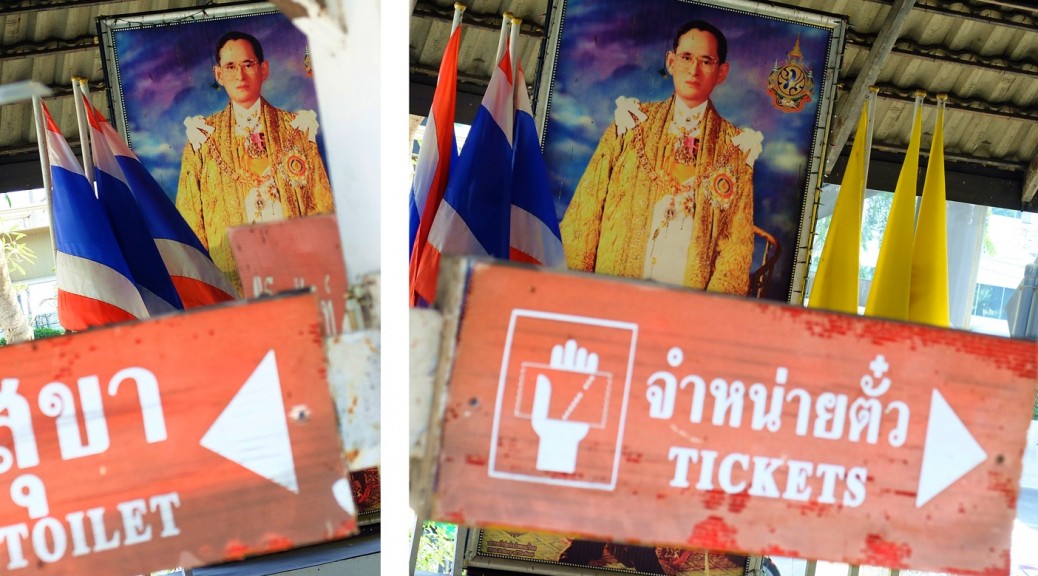 King Bhumibol of Thailand is with 68 years on the throne the world’s longest reigning monarch.

He ascended as king following the death by gunshot of his  brother, King Ananda Mahidol, on 9 June 1946, under circumstances that remain unclear.

Bhumibol, in Sanskrit  meaning ‘strength of the land, incomparable power’ has always been immensely popular among most of the Thai people and pretty much enjoys the status of a God.

being 86 now he spends his old days at Klai Kangwon Palace – which translates as “far from worries palace” – in the seaside town of Hua Hin.  And even though the political situation in Thailand is  very worrisome at the moment the elderly man is held in the highest esteem among any of the warring parties.

In the streets of Thailand he remains forever young being portrayed in his eternal youth sometimes even with a camera around his neck acknowledging his lifelong passion for photography. 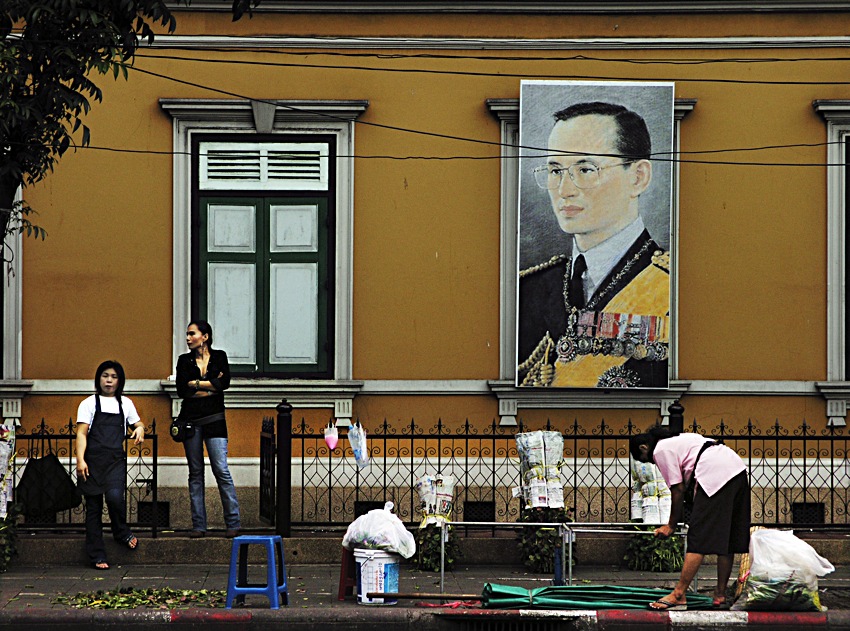 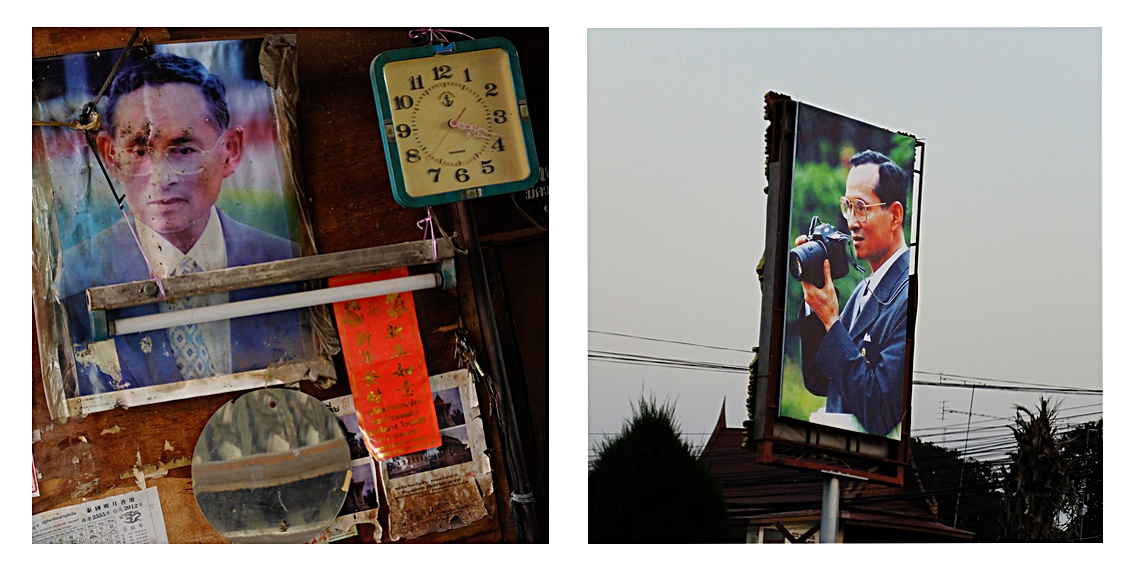 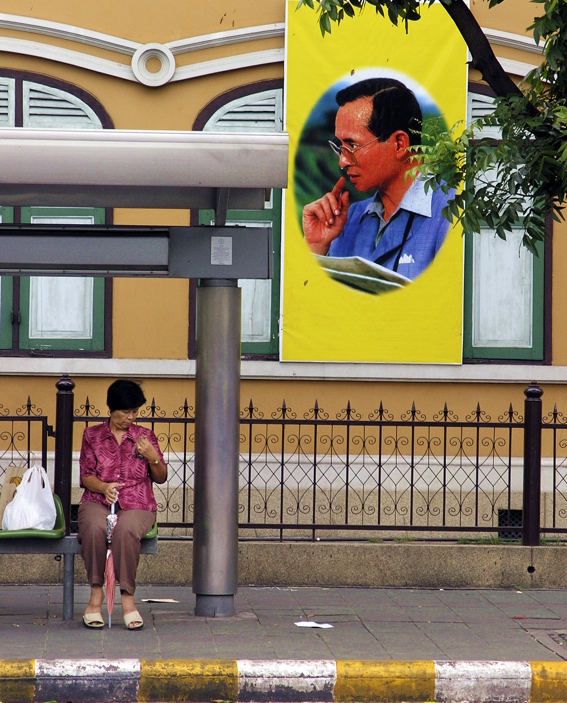 Even though King Bhumibol is not seen in public very often anymore, the following images are very recent and give a more accurate depiction of the monarch. 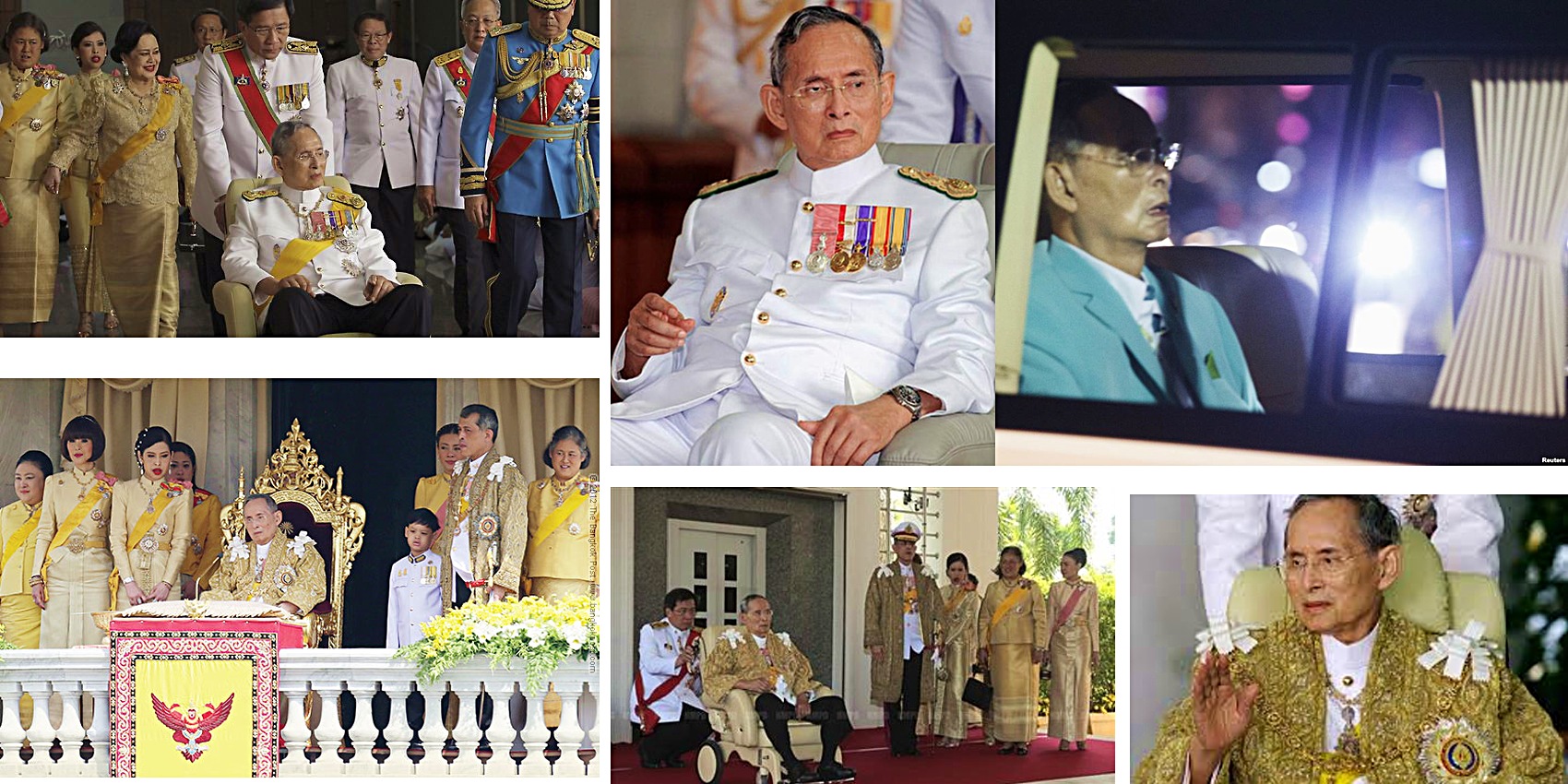 The British comedian  John Oliver has been denied access to Thailand after joking around too much recently with the current state of affairs in the monarchy, a few fragments very much worth watching