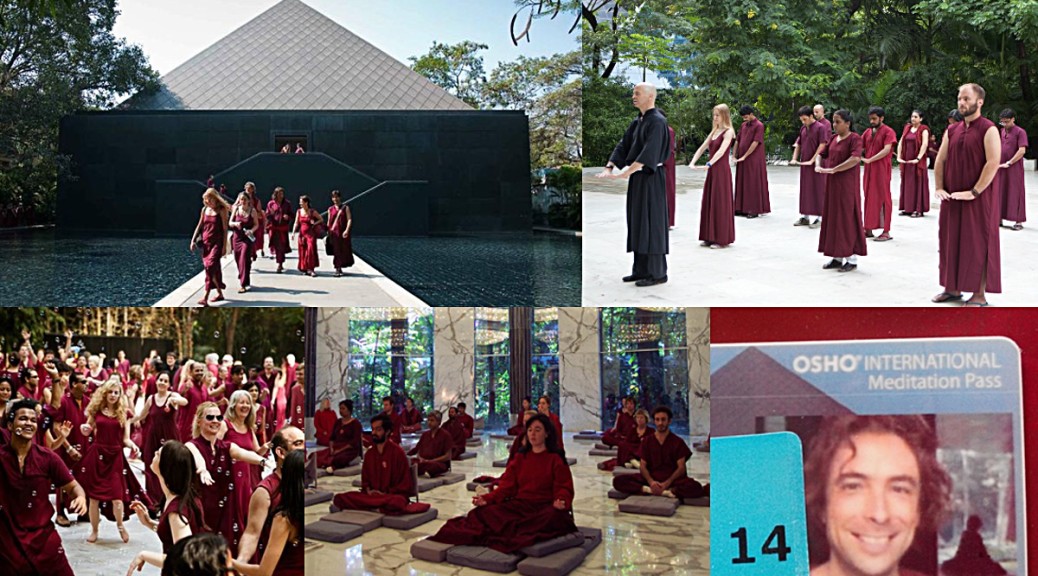 I ran in and out of the Osho International meditation resort in Pune some 14 years ago after having completed my first Vipassana meditation course in nearby Igatpuri. Vipassana had just brought me immense unbiased insight into the nature of reality for the very first time in my life.  I was 22. There would be many more courses to follow. Vipassana  made a big difference in my life in terms of clarity and focus and I ‘stuck’ to ‘the path’ for the years to come. 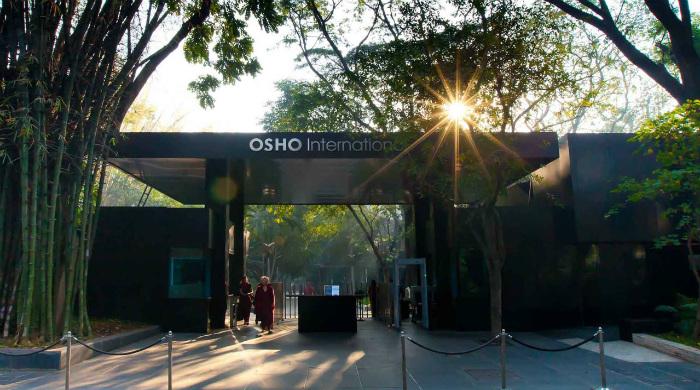 As I walked in at the time after having meditated day after day from 4 in the morning till 9 in the evening, I learned there was only one hour of vipassana  meditation they offered in the resort ; I also saw people walking around in maroon robes and it all felt a little ‘funny’ to me at the time, of course little did I know what the real deal was at Osho’s.

It’s nice to appreciate now how each stage in life has its own flavour and approach. I loosened up my vipassana-bound life while maintaining its jewel: the equanimous observing of the bodily sensations always remained with me to a certain degree, but it was time to have some more fun in life.  Even though I believe Buddha’s meditation technique was being preserved and transferred in its purest form through 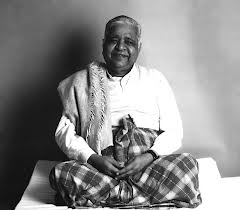 Goenkaji’s lineage, the right/wrong moral remnants in myself stemming from past lives were tangible and got too much mixed up with the inherently serious undertaking of vipassana meditation, so I ‘broke’ my ‘sila’ with fish and white wine somewhere in the Belgian Ardennes. It was a sheer delight.

Quite naturally I got in touch with energywork back in Holland  and its lighthearted and humorous approach to spirituality opened new dimensions and pathways in me.  Pointed towards living a fuller life embracing all aspects in myself. 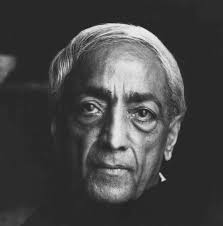 I had known of Osho since I knew about J.Krishnamurti whose teachings made a profound impact on me in my early 20’s (they both used to appreciate each others work and at the entrance of the resort there is even a  grand memorial stone for ‘K’ ) 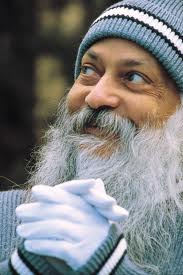 But then the clichés around Osho, being ‘materialistic’  and the ‘sex guru’ got in the way of the ingrained concepts of spirituality. It’ s an age old biased  belief that a spiritual life equals a material  poor life. So good old Osho turned it around and allowed his disciples to donate him one after the other Rolls Royce. Up to this day people remain in confusion about it. He was even being taken in his Rolls from his residence to the Buddha grove (50m away) where he gave the evening discourses.  And the other classic theme is off course on spirituality and sex. While the outside perception was formed (especially in Christian USA) that the ashram was nothing less (or more) than a place of wild orgies, Osho was simply encouraging people to embrace every aspect of their lives leaving no  desires repressed. To embrace a healthy sexuality and living it consciously to the fullest.

His vision for a new humanity consisted of courageous people who would dare to equally embrace the Zorba and the Buddha in their lives,  living it to the fullest so they could die fully without holding any regrets. 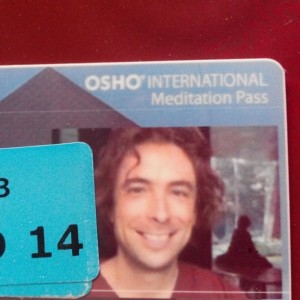 When I entered the resort this time  the Zorba was already much more in the front seat of my life so I was able to in-joy the celebratory atmosphere which is permeating the whole place. It’s a real paradise in there, contrasting harshly though with the hustle and bustle of Indian traffic.  As soon as I managed to cross the crazy street between my dwelling and the resort, the green of Koregaon park felt like a fresh drape of innocence around me.   After screening my pass and checking my bag as if I would enter an airport   (there was a bomb blast in the nearby german bakery not that long ago), my first stop would be the café on the plaza where I had the most delicious coffee before strolling onto the Buddha grove. 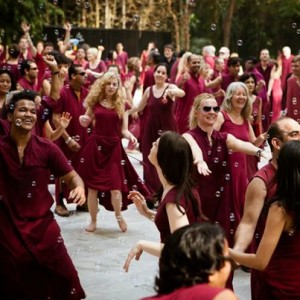 The towering  bamboo surrounding the grove is still pointing towards  the place where Osho gave his discourses. A DJ is playing music and we’re all dancing  on the groovy beats. at 10 AM this is. Then the array of meditations to choose from would continue ; many a day it was the time for me to get to Basho along with Basho. Which I will explain. 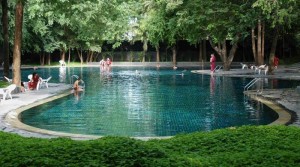 Basho is the amazing swimming pool in the beautifully designed garden and it is also the sannyas name of a German-Indian guy who has been coming to the resort for 4 months for the last 12 years, even before the pool got its name. As he’s always seen around the pool it is not clear who was named after whom.

But what really mattered was the gentle delight coming from without and within sitting in the yacuzzi smiling at the birds, the trees and some significant others. As we’re all mirrors for each other in so many ways, the game of reflection went on without interruption. 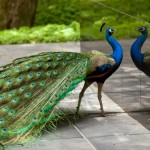 Then the  hour for  vipassana meditation had struck but I would stick to the practice of giving my sauna heated body to the cool water in the pool, floating around on my back while  being the silent witness of all the bodily sensations at play and appreciating the changing nature of all things seeing the tiny leaves falling from the trees. 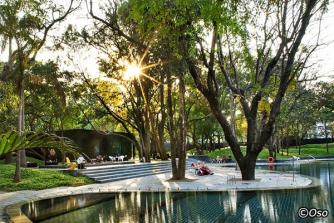 Around two I would take a pool break to go to the Chuang Tzu,   Osho’s residence.  Marble floors and walls, crystal chandeliers and mirrors all around. The atmosphere being very special there. Utterly silent meditation. 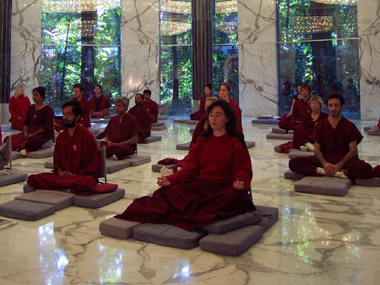 One hour of kundalini meditation was next at 4PM in the big pyramid. Along with the dynamic meditation, (at  excruciating 6AM!) it’s a favorite of many. ‘the kundalini’ consists of uncontrollably allowing the body to shake for 15 minutes, then 15 minutes of dancing spontaneously, then another 15 meditating and finally 15 lying down and let go in surrender. I got to love the balance between the active and silent meditations. 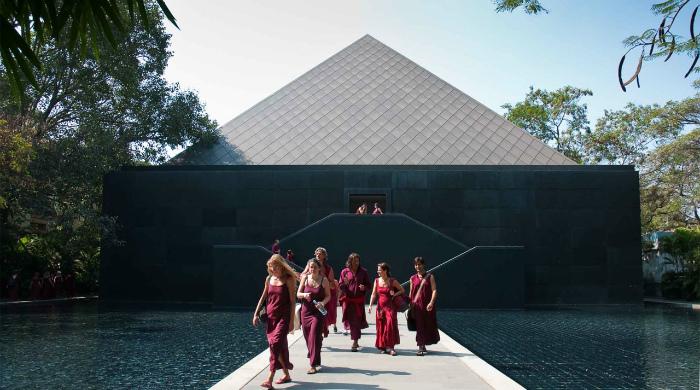 After kundalini things calm down along with the sun casting its gentler rays on the beautiful green leaves, the wind soothingly at play. I would sit at the buddha grove or wander through Osho’s private garden where he used to sit for hours at a stretch. The presence here was very special to me, as if he was still bathing in the light. 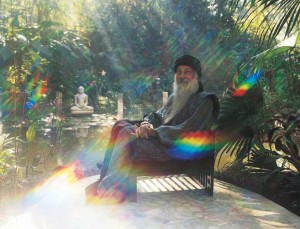 There is a  dress code in the resort and I liked that too  .  Before and after certain hours one wears anything preffered,  in between it’s the maroon and white robe. The robes to me never had a sectarian association.  They actually gave me an added sense of freedom.

Osho favored orange but he foresaw confusion with the Hindus so maroon it was. Osho has been bashing institutionalised religion all along and up to this day there are posters in the streets of Pune inviting people to lectures of Hindu pundits talking about the ‘downfall of the Osho commune’ which is a rather funny notion seen the continuing popularity of the resort. 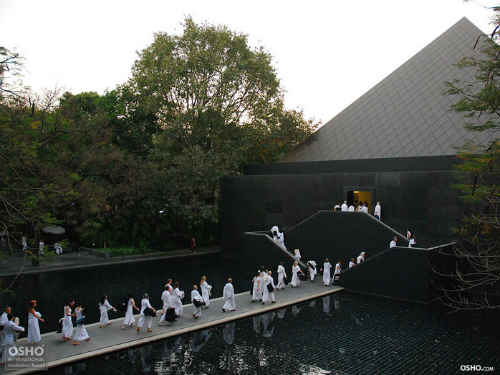 It’s time for the evening meeting now,  commonly called ‘the white robe’, for me and hundreds of others it was the highlight of the day.  As soon as everyone was inside, a funky live band started to play and my body began moving immediatley, going loose and soon sweating like a dunno what until it all reached a peak and everybody would sit down for meditation. One could not hear a pin fall on the ground. The next 15 minutes were utterly silent again.

Anybody coughing or sneezing knew he or she had to leave the auditorium on their own accord. I would rather suffocate than leave the room cause I didn’t want to miss a second.   It was good to see that in instants one can go deeper than in long hours of meditation. The urgency in Osho’s fierce voice was piercing through me. “Go deeper. Go as deep as you can. These are the only moments of your life!” Then the gong.  Always unexpected. Then the discourse began.

As I was eagerly getting ready for some more hilarius Osho jokes  the discourse on the big screen  in the pyramid was utterly serious for the next 90 minutes .  The next evening one could hardly stop laughing. Osho catches you by surprise and fools around with you, playing with and breaking down the concept of the guru as it has been known for centuries.

People in the resort were all surprisingly humble. It is often seen in spiritual surroundings when having spent years and years close to the guru or the teaching that one gets enveloped in a certain degree of arrogance, a knowing-it-all kind of thing, even though sometimes very subtle… at least this has been my observation… but here nothing like that ; especially the people that spent the most time with Osho are delightfully warm, open en humble. It is often said one recognises the teacher in the student.

At the entrance of Osho’s residence just next to the metallic Rolls Royce there is a saying of his on the wall which touched me more than a few times: 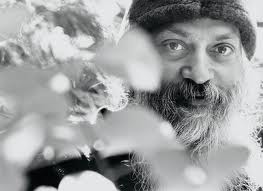 “I would simply like to be forgiven and forgotten. There is no need to remember me. The need is to remember yourself! People have remembered Gautam Buddha and Jesus Christ and Confucius and Krishna. That does not help. So what I would like: forget me completely, and forgive me too – because it will be difficult to forget me. That´s why I am asking you to forgive me for giving you the trouble.”

This blog post or parts of it may be shared freely. Thank you for linking this page.
Most of the above images belong to Osho International in Pune and are linked to their main website where more information can be found.
www.osho.com