‘the hesitant, the absent and the present’ is a collage distilled from a reportage I made on the Sunderban islands in the Bay of Bengal between India and Bangladesh.

A very fascinating world where initially the white sandy beaches seemed to come out of a bounty commercial but very soon, while living with the people in their straw huts, I saw a different reality coming to the front, where struggle was more present even though the persistent genuine friendliness of the people made it very hard to take it in fully.  Coming from the so called ‘rich’ west where people’s happiness often seems to be lingering  a whole notch lower on the scale, ‘being rich’ is a very relative notion indeed.

‘the hesitant’, a shy boy  very much into cricket and in full admiration of his idol Sachin Tendulkar, a God in India (young version behind the boy)

I saw the girl in ‘the present’ while hitching a ride on a mule cart while on my way out of the islands. Her presence and empty state of mind struck me deeply and I asked her mother if I could take her picture as soon as the cart would come to a halt. 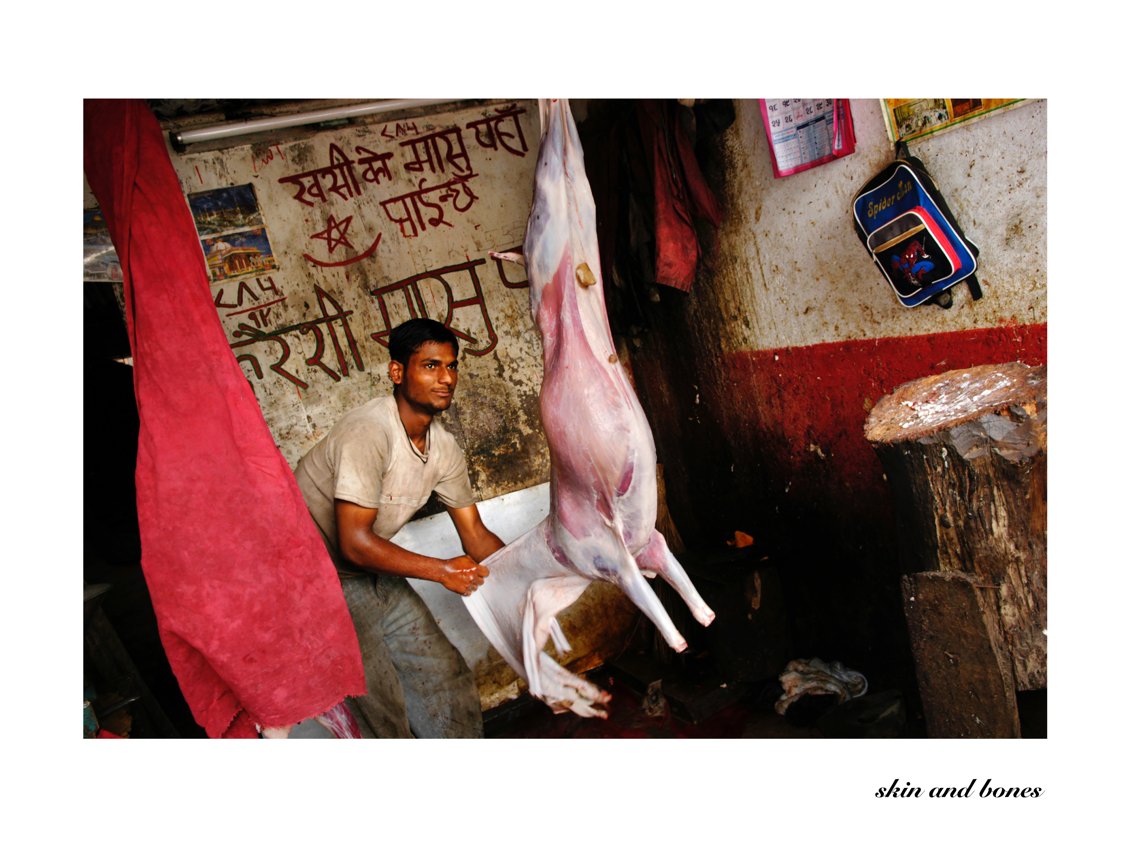 ‘Skin & Bones’ originated in Kathmandu when I stumbled upon this kind butcher who was busy doing his job. I found it to be an interesting play of elements in this paradox: a gentle man, the animal killed and the schoolbag of his kid hanging on the wall.