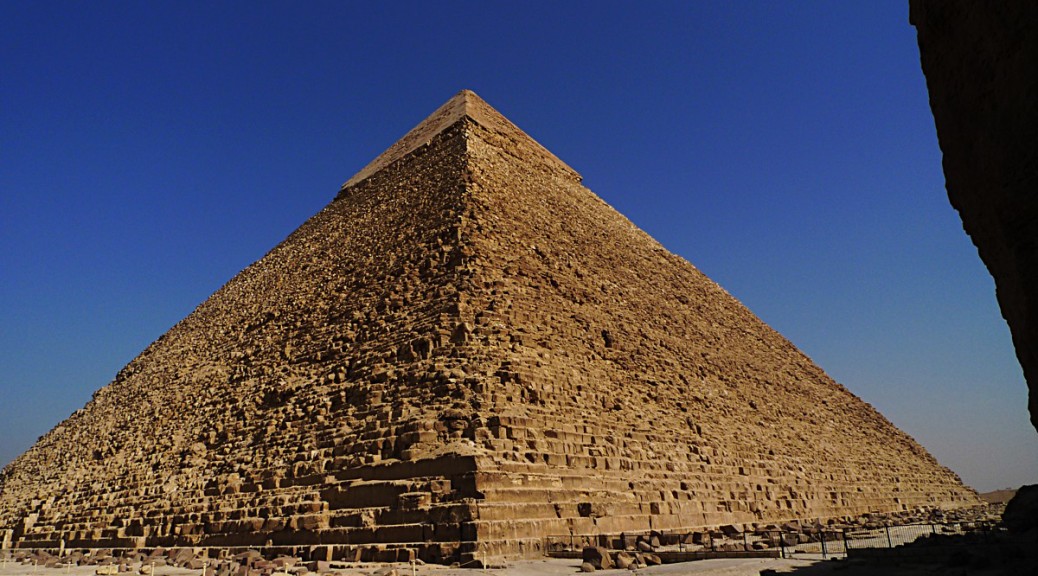 The Giza plateau sits just outside of Caïro and, while still in the outskirts amidst the hustle and bustle, the first glimpse I catch stirs a deep sense of familiarity.

Right upon arrival I am stunned by touring buses, one after the other coming and going and I spend a good part of my first day here observing the mass tourist behavior, which has been intriguing me for many a year. 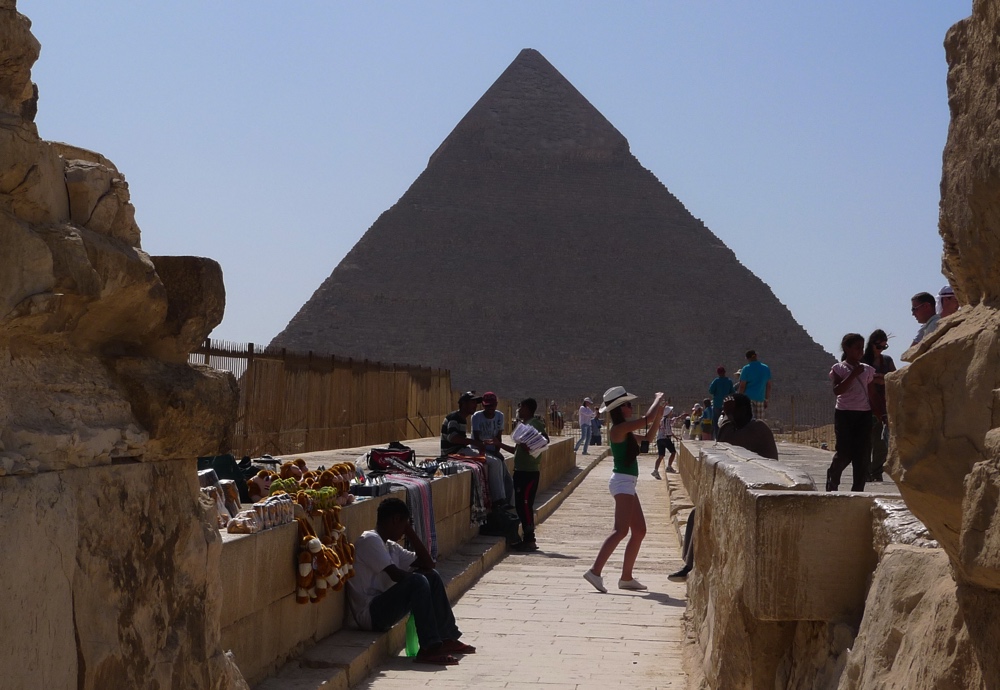 It’s on my second day that I feel ready to plunge deeper into Giza and its wonders. I approach the Sphinx from all possible angles and I stumble upon the entrance to the great pyramid. It turns out to be officially closed, but a friendly guard takes me aside and tells me smilingly to pay him no more than the normal entrance fee so I have the whole big pyramid pretty much all to myself it seems. 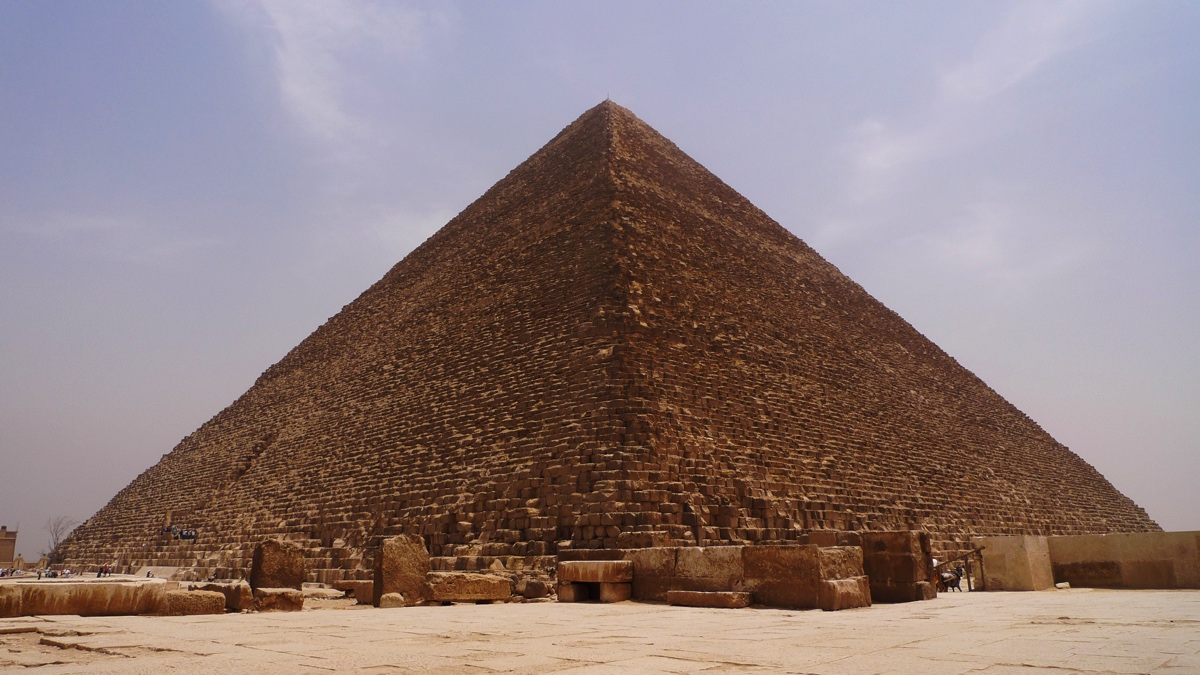 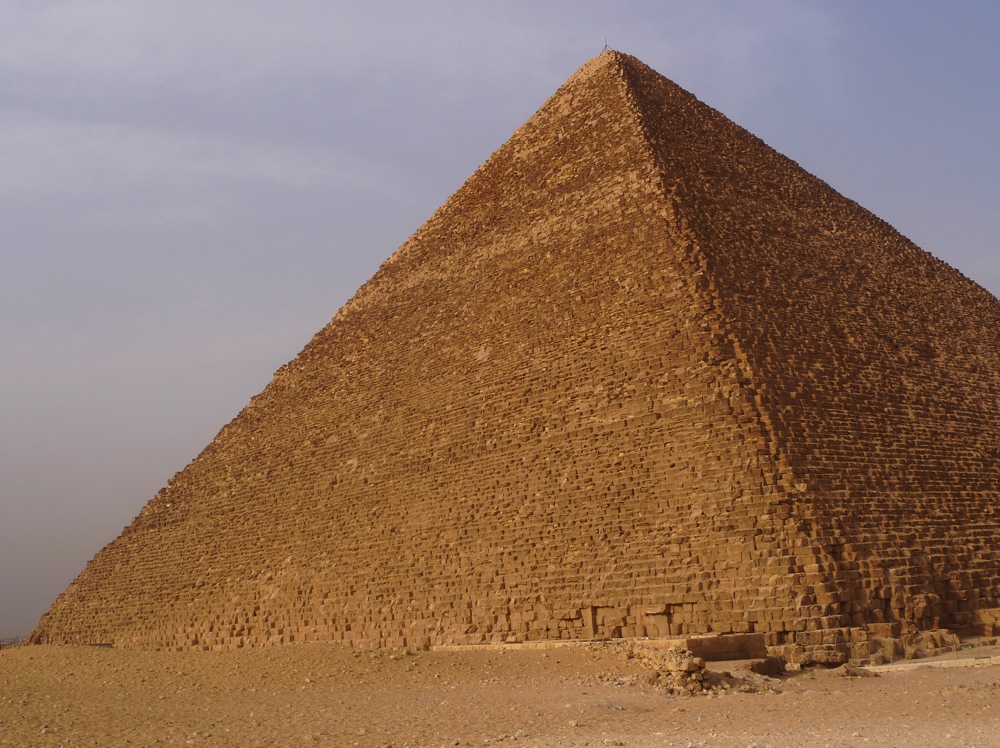 I ascend the steps first leading to the Queen’s chamber and then way further up I enter the legendary King’s chamber.  It is said that even Jesus the Christ received an initiation in here, as it was customary among the Essenes at the time. The thought moves me along with the notion that the chamber could not have been much different than 2000 years ago. And even though we were taught at school that the pyramids were burial monuments, a mummy or remains of one, have never been found. 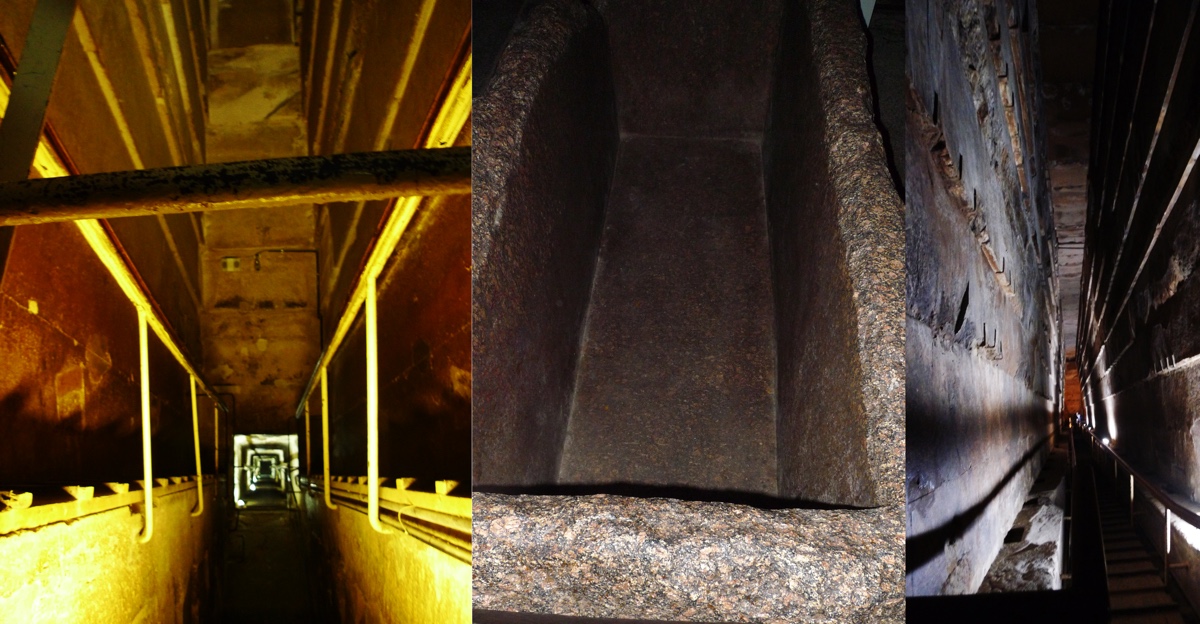 There is growing evidence concerning the multi-purposed function of the pyramids being generators of energy and the sarcophagi being devices for vibrational healing through sound. As I impulsively get into the sarcophagus, I already hear people approaching–some VIP’s who are allowed in after the regular hours. In order to avoid scaring someone off, I climb out again and soon commence my descent. 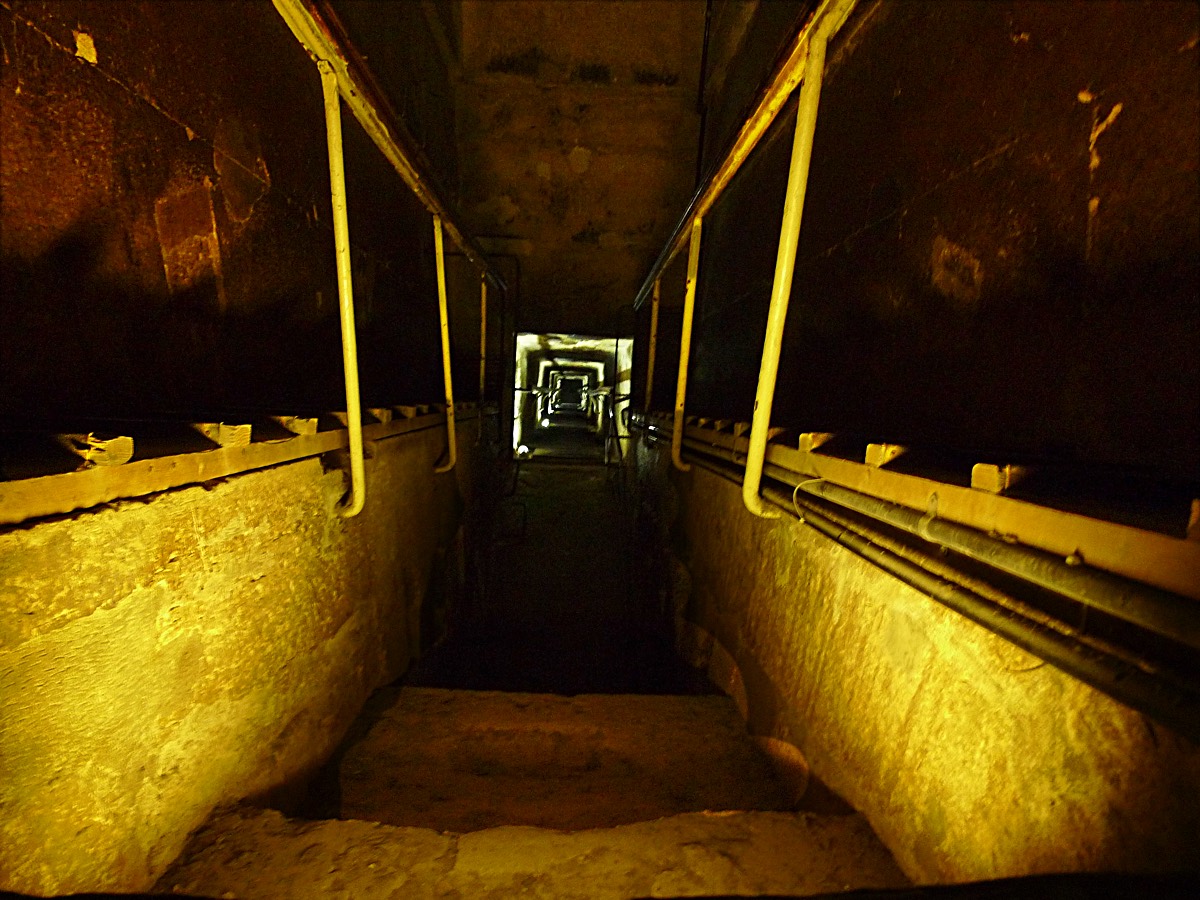 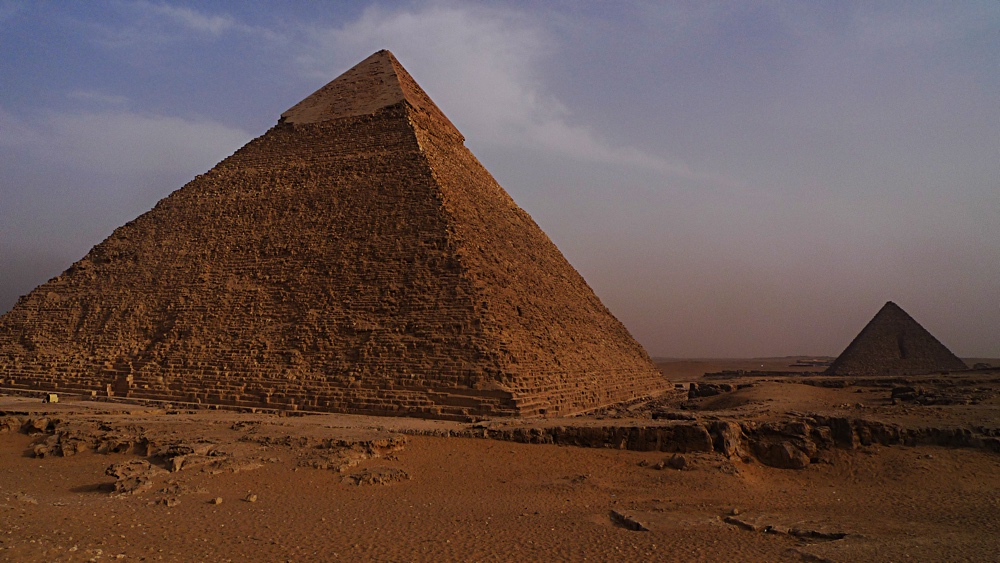 I arrive in a similar fashion at the entrance of the ‘second’ pyramid (the one with the little ‘rooftop’, the rest of the marble was taken off by Muslims to decorate their mosques)

This time the guard sticks to me, quite literally, and I actually give him tips to have him at a little more distance. I realize my time has become limited now and I sense the atmosphere here is VERY special so what to do but give him a few Egyptian pounds…

he follows me to the inner core.  I ask him to take a few pictures of me while I lay down humming in the sarcophagus; I spend the remaining time in meditation, as much as I can stay present. 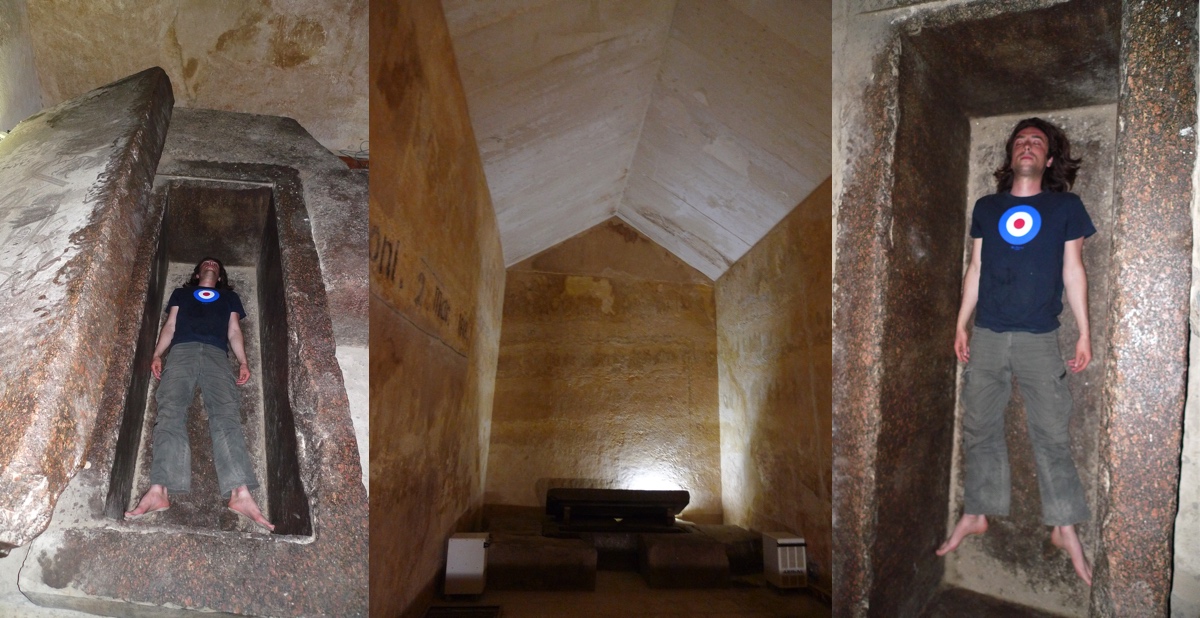 what strikes me here is I get exactly the same feeling as in some Shiva temples in India where the energy is very powerful. The same energy field is very much present here in the same juicy way. Later someone would explain to me that in this culture the name ‘Osiris’ would be more appropriate, two names possibly hinting at the same cosmic constellation or alignment. 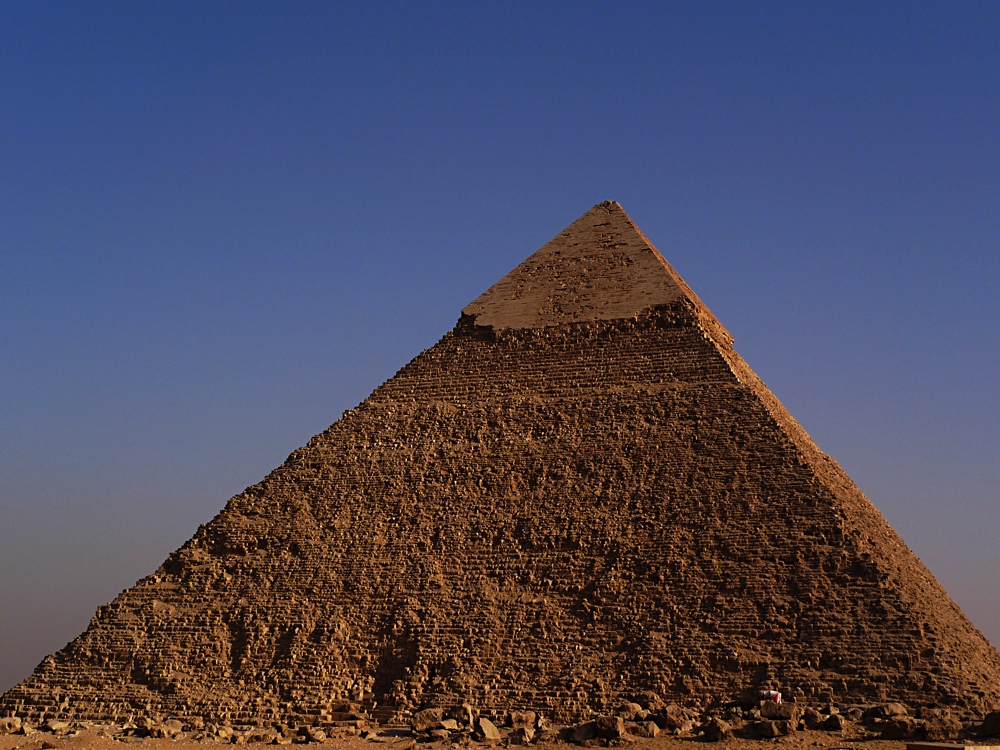 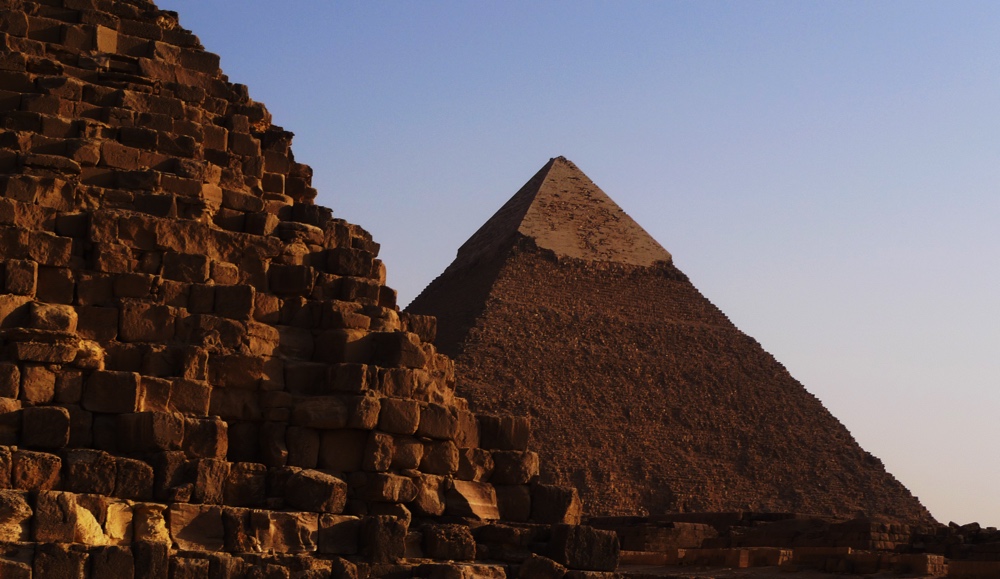 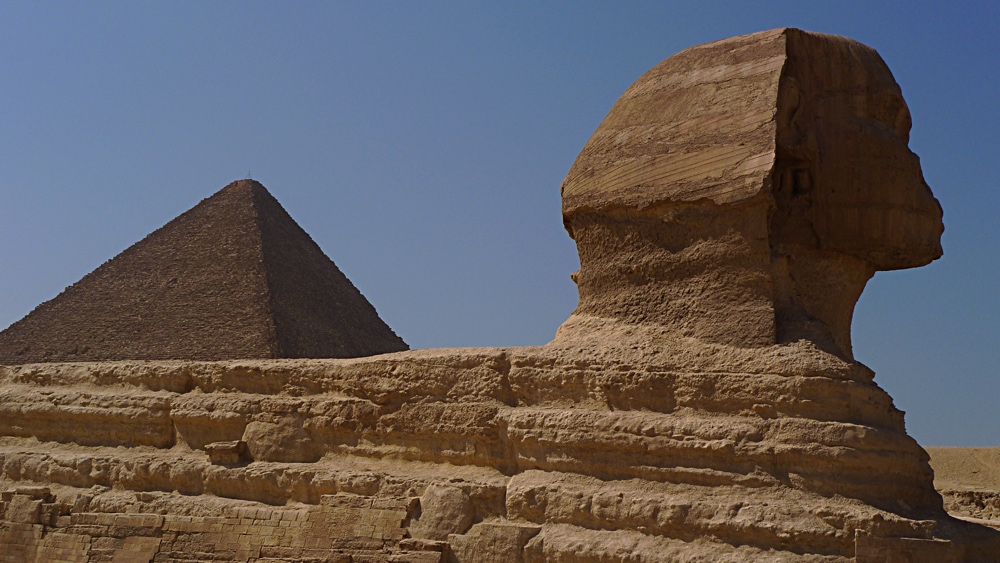 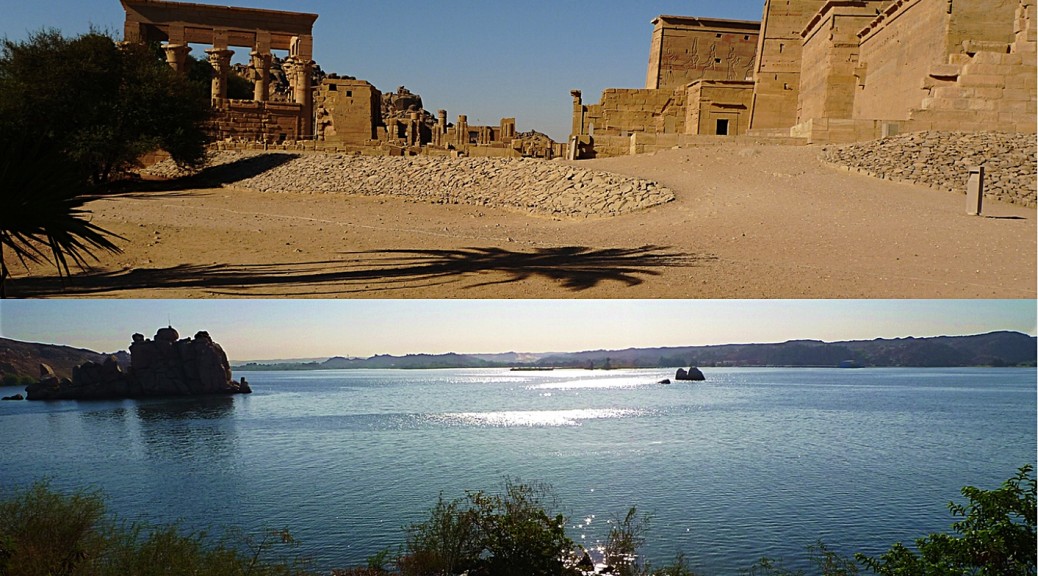 The Isis temple of Philae sits on a small island in the river Nile near the city of Aswan in southern Egypt. It’s a major tourist attraction, and as it goes with the Egyptian destinations, they are not necessarily tailored to a solo traveler like me.  This I realised once again as I saw one after another tour group embarking on the boats  to the island. And these are not even the people staying on the big ships cruising the river Nile.  I was lucky enough though to hitch a ride to Philae.

The Isis temple used to be located on another island but along with the inundation of the Aswan dam the temple and many monuments were recovered and  repositioned on Philae and if you didn’t know you wouldn’t really notice. 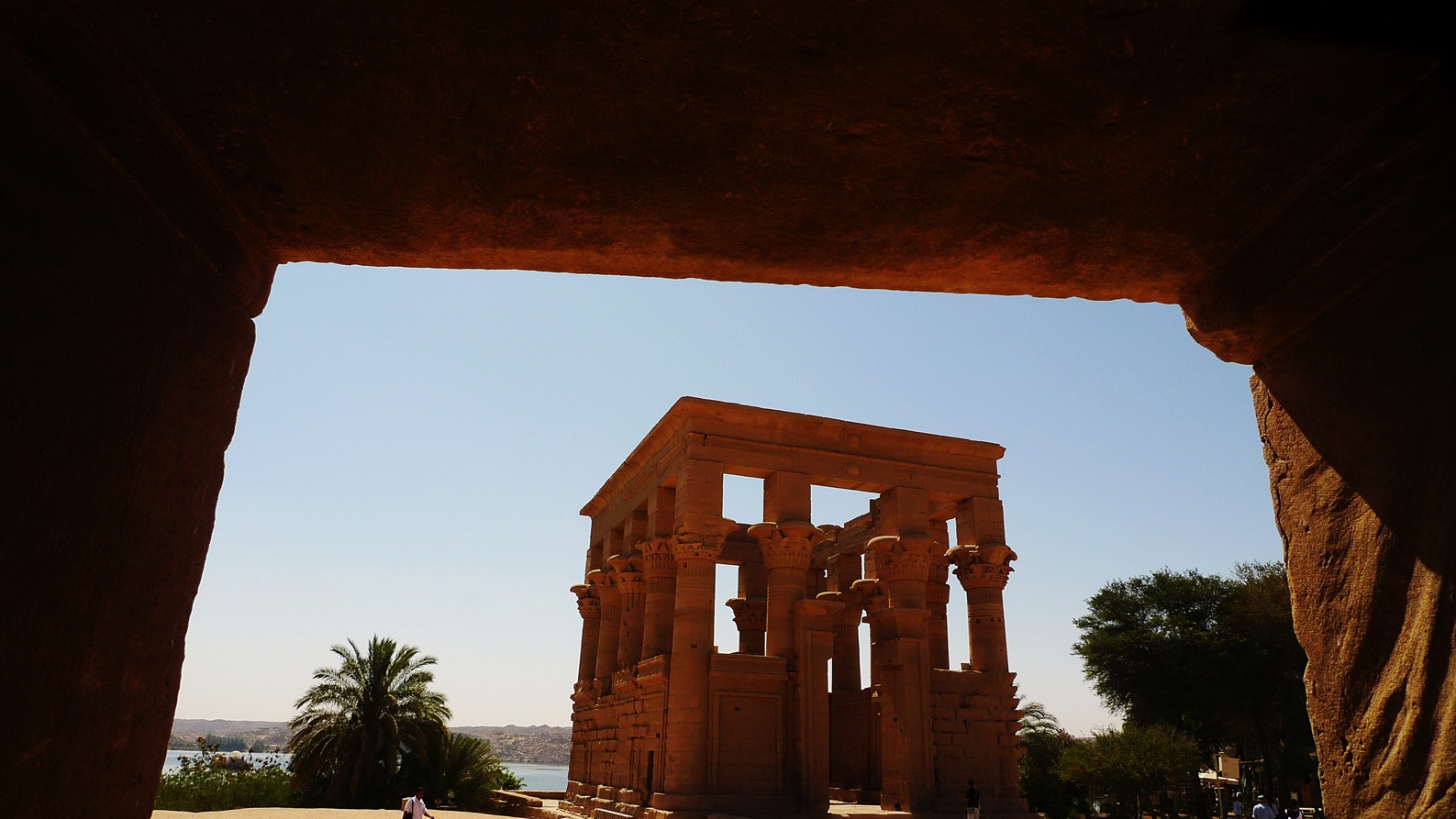 Upon entering the temple’s interiors the atmosphere coming off the walls is pretty special, the murals soak you into the ancient world, a time long gone but in a curious way it feels as if it’s the present moment. I was lucky enough to be alone in certain places, also when face to face with a little bird in a hole in the wall who caught my attention for minutes at a time. Gazing into each other’s eyes, I received a nourishing transmission of some sorts… 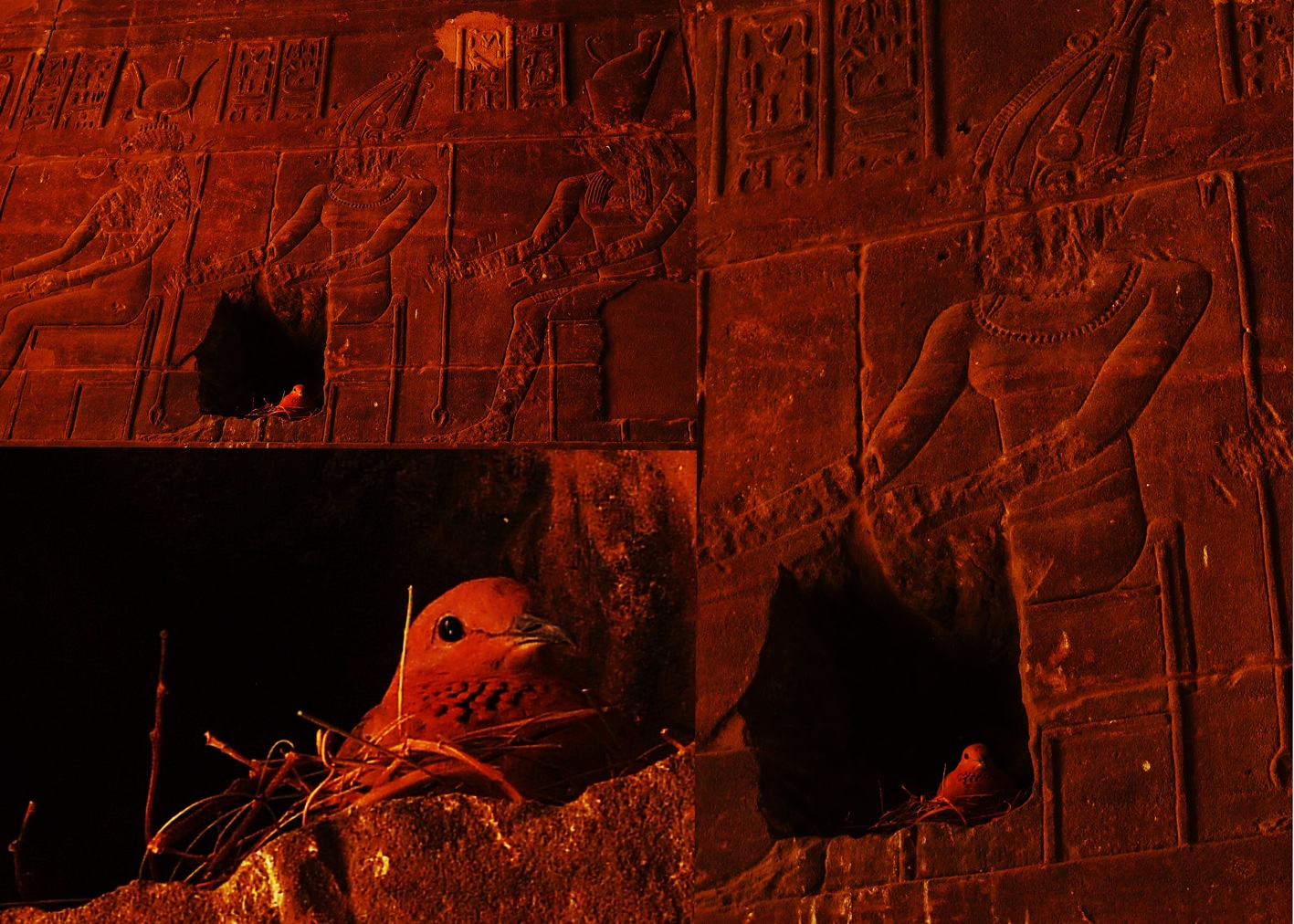 There is a tremendous amount of stories surrounding Isis ranging from the mainstream legends and fables we are being taught in school. Then there is the more esoteric notion of the mystery schools of Isis of which Mary magdalene and Jesus the Christ might ‘ve been initiates. The goddess Isis is also connected to profound cosmology, associated with specific planets aligned to the ancient world.

No matter what might ring true to your inner ears, here’s the invitation to receive the power encoded in the murals of the collages below… 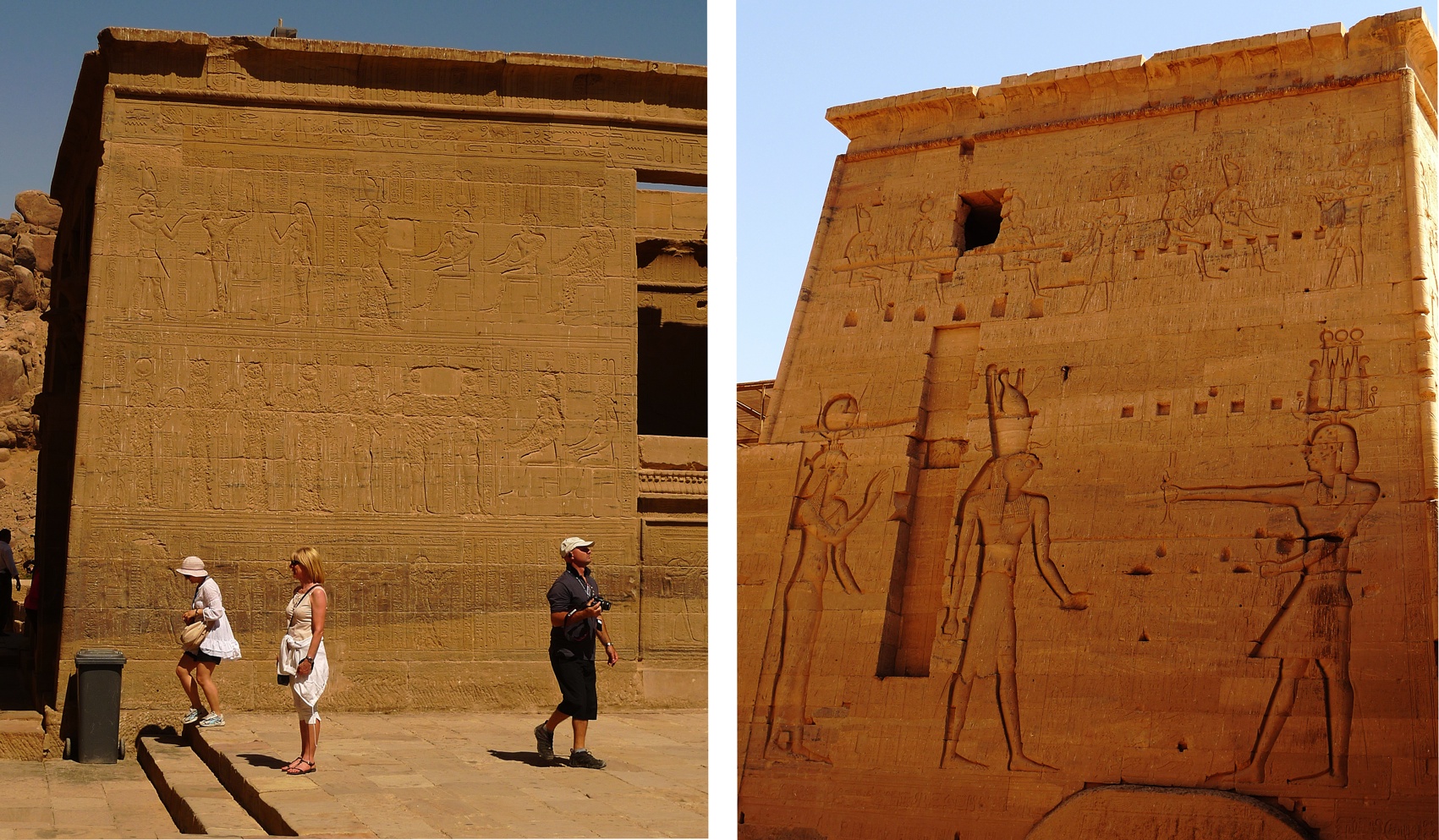 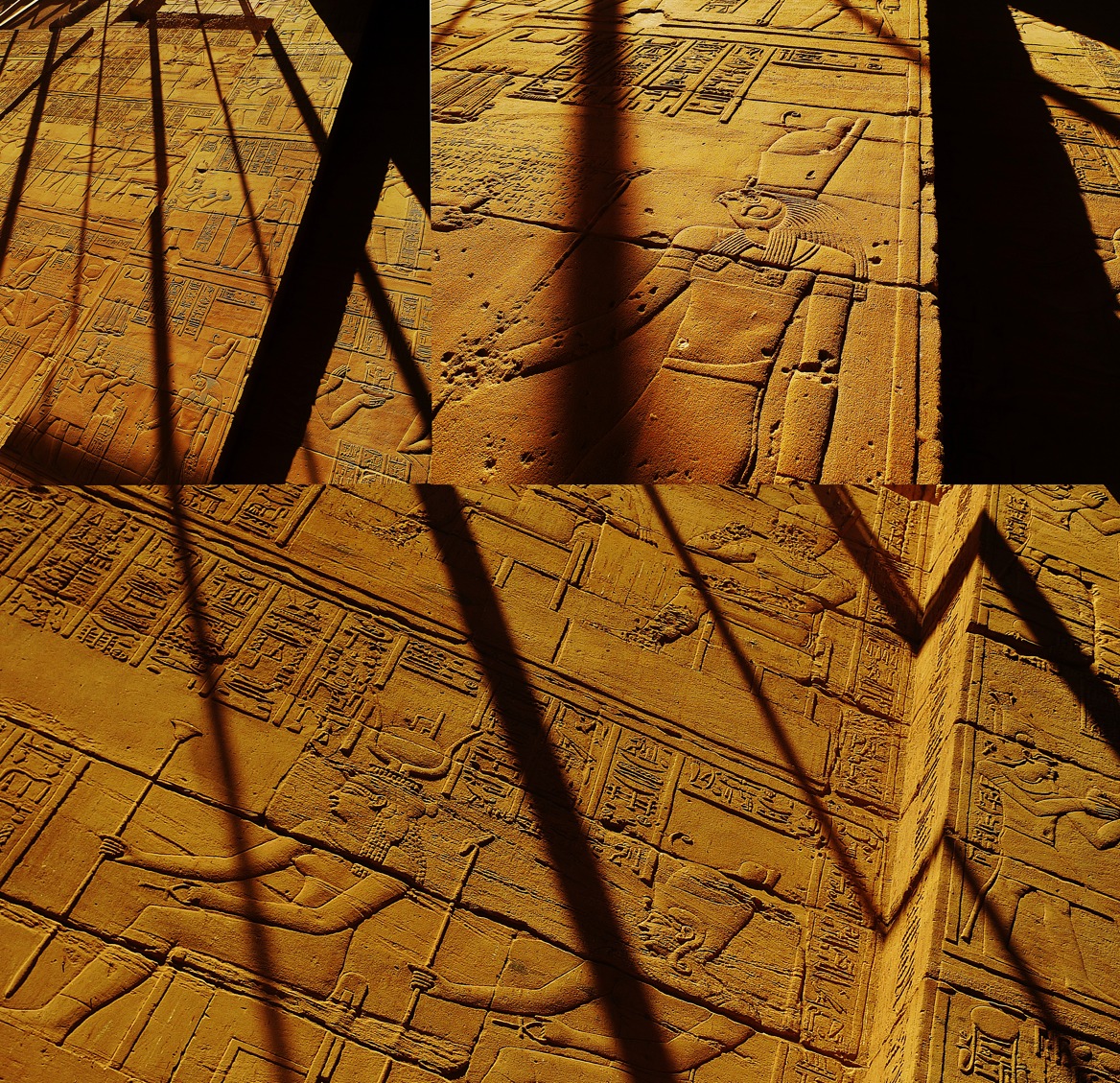 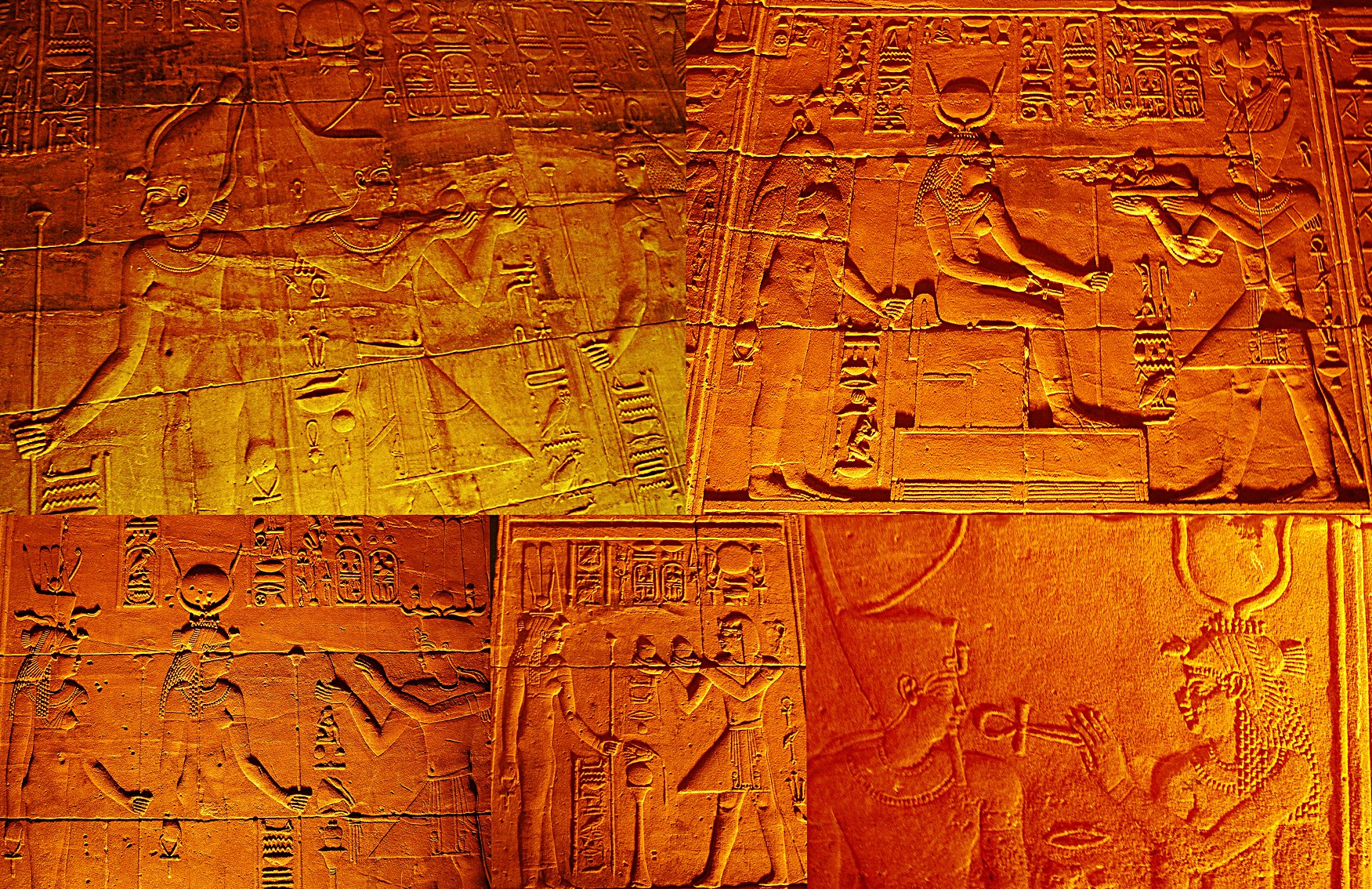 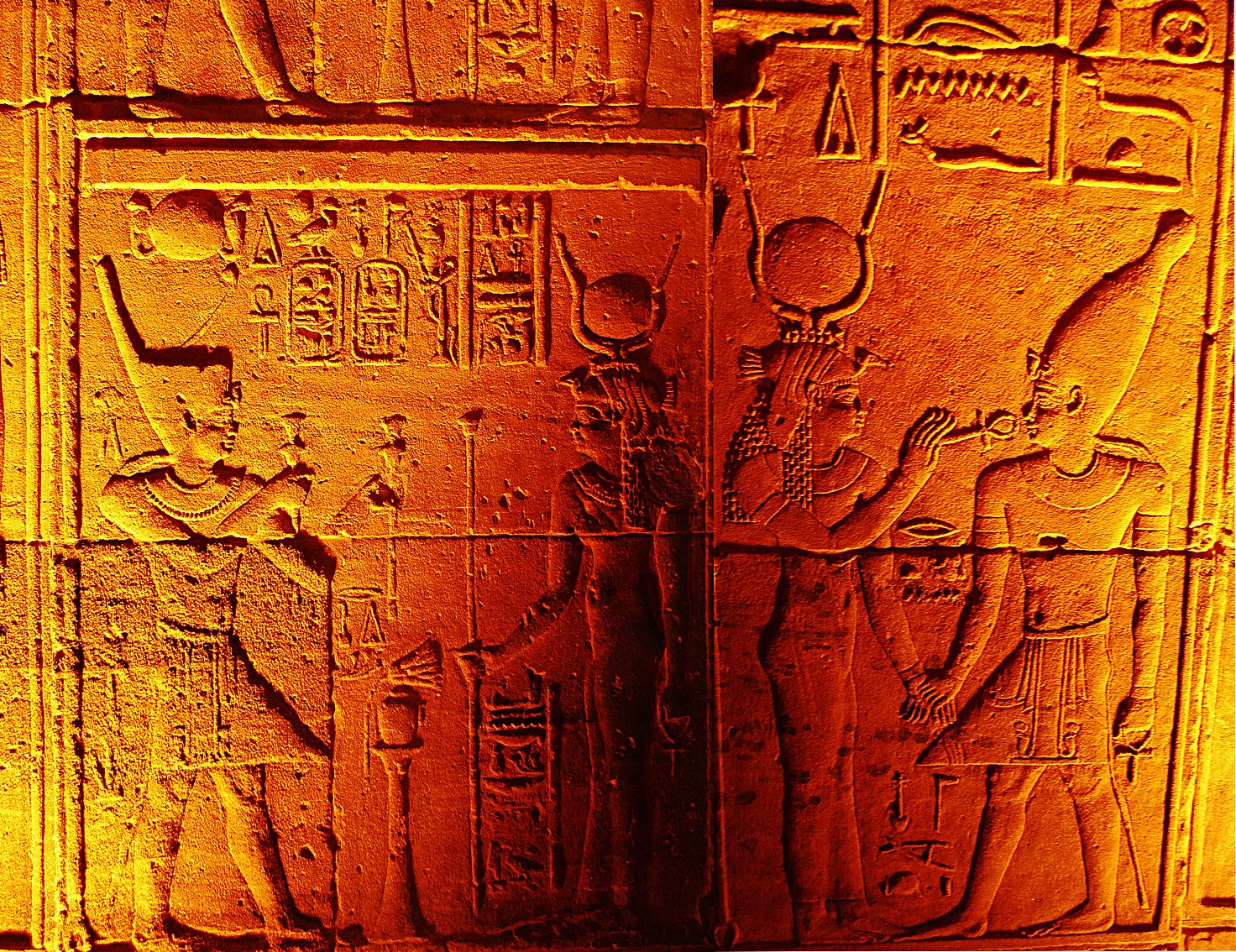 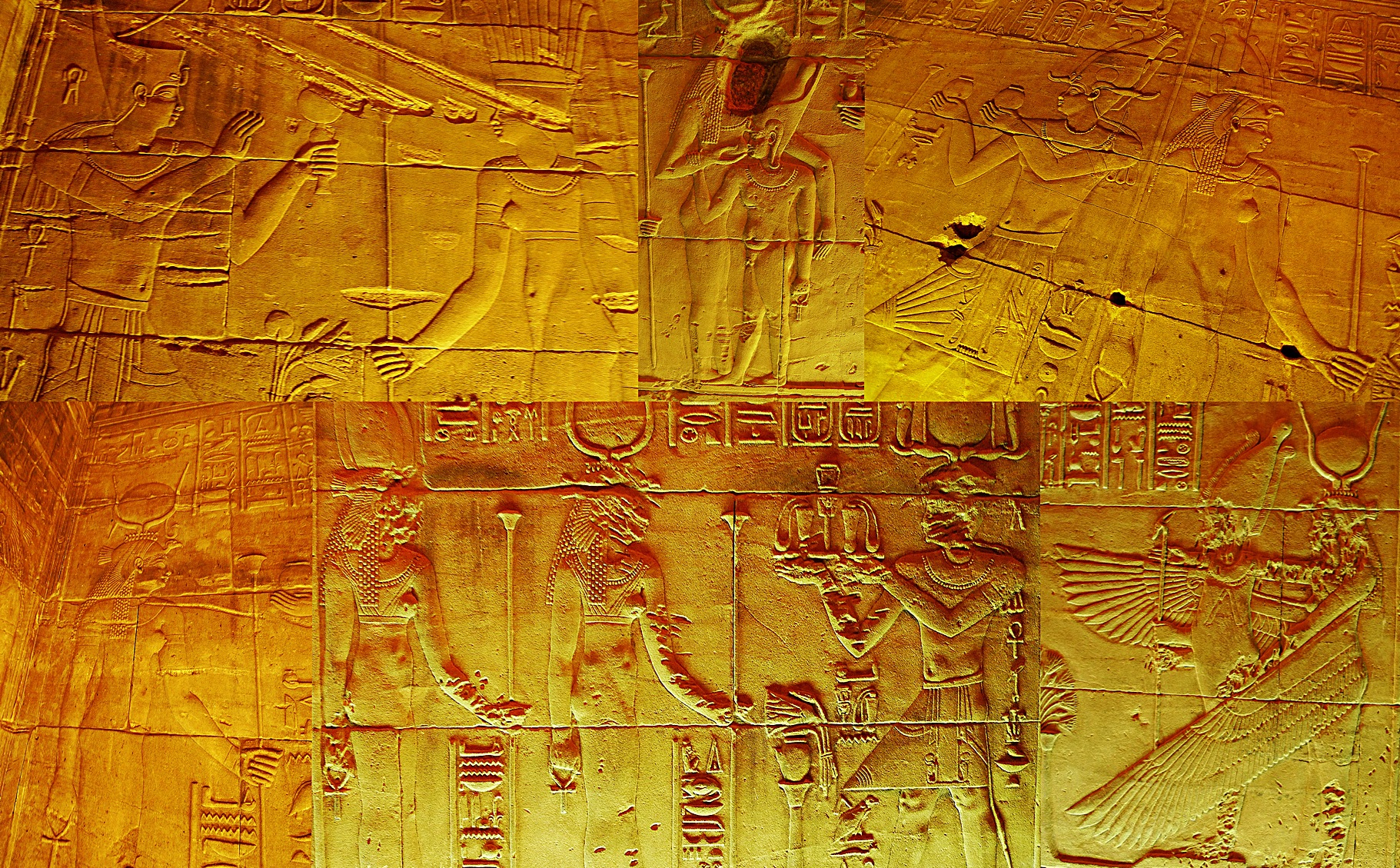 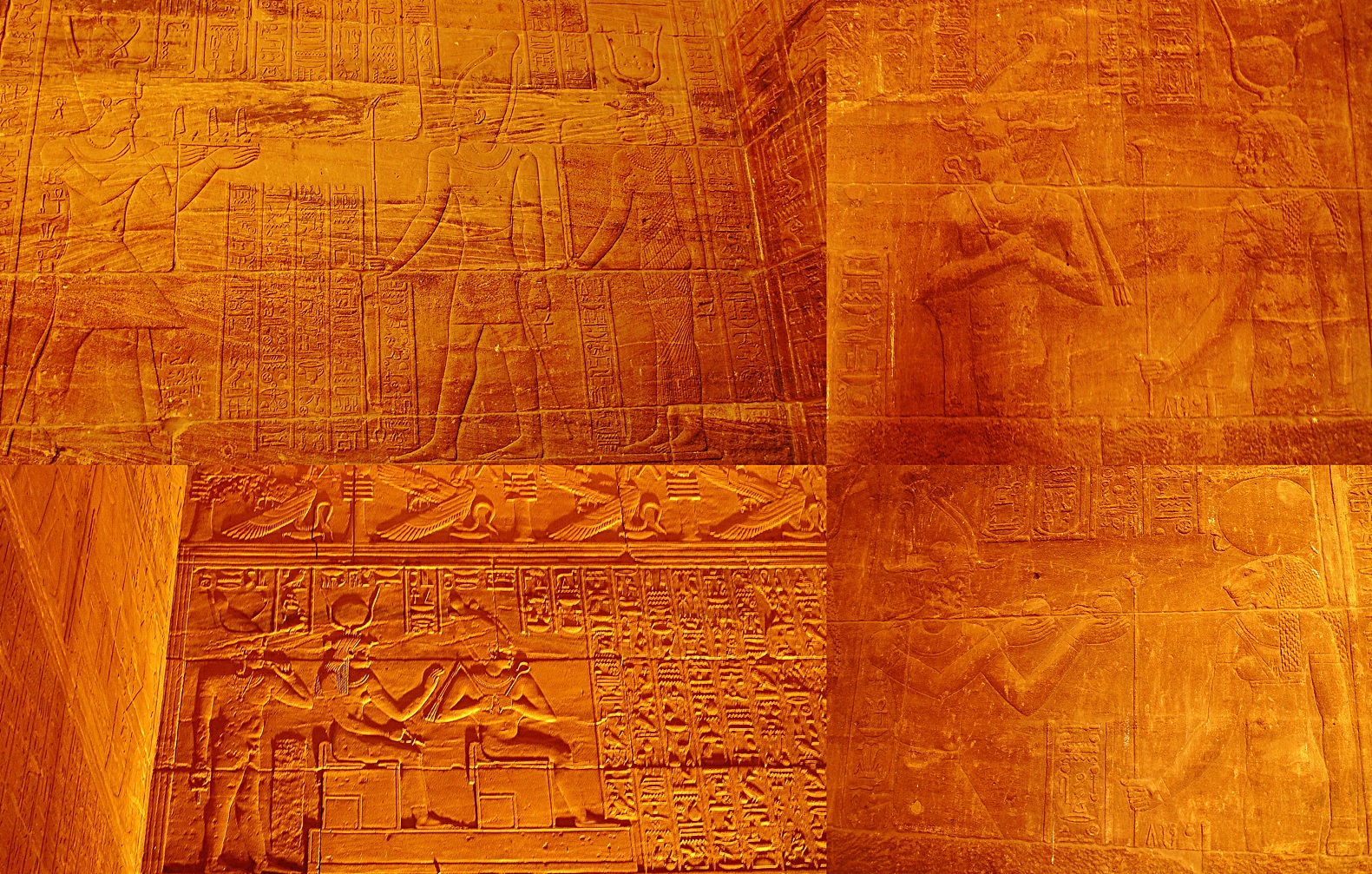 Even though Isis was the main deity venerated here, there were also shrines dedicated to the Hathors, multi-dimensional, extra-terrestrial beings who have been associated with numerous ancient civilisations of the past and most recently with ancient Egypt. (photo above) 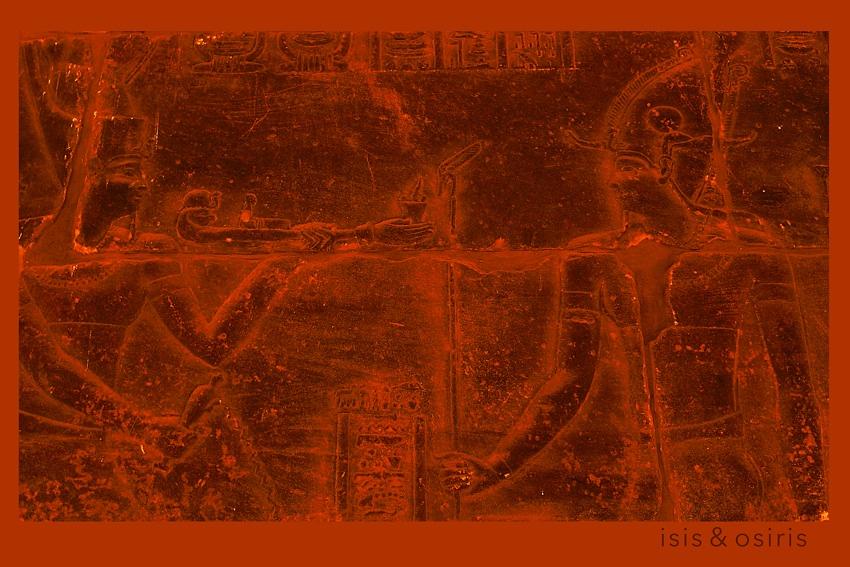